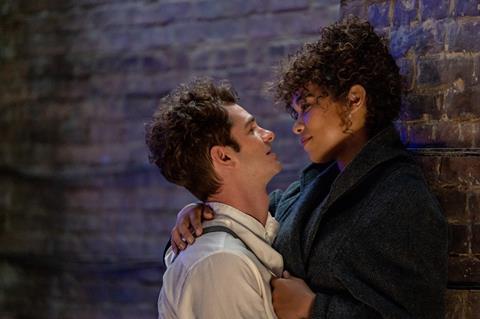 The film is based on the autobiographical musical by Rent playwright Jonathan Larson and stars Andrew Garfield as Jon, a theatre composer waiting tables in New York in 1990 who prepares to showcase his work in a make-or-break performance.

Under pressure from all sides of his person and professional life and living amid an artistic community ravaged by AIDS, Jon contemplates the age-old question of the purpose of life. Alexandra Shipp, Judith Light, Vanessa Hudgens and Bradley Whitford also star.

Netflix will release the film in select cinemas on November 12 one week before it debuts on the platform.

The opening night screening will take place at the TCL Chinese Theatre in Hollywood. This year’s festival will feature in-person screenings and events in Los Angeles, as well as virtual screening and all festival-goers who attend in-person events and/or screenings will be required to be fully vaccinated.