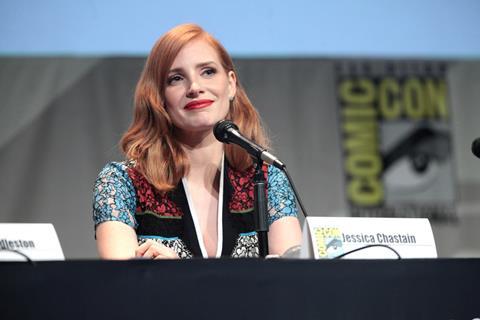 Xavier Dolan has announced that he has cut Jessica Chastain’s character from his upcoming English-language debut The Death And Life of John F. Donovan revolving around correspondence between a Hollywood star and a young actor.

Chastain was to have played a tabloid newspaper editor who gets embroiled in a potential media storm brewing around the letters which threatens to derail the star’s career.

In a series of posts on his Instagram account over the weekend, Dolan said he had made “the extremely difficult decision” to cut the character after coming to the conclusion it no longer fitted within the film’s overall storyline.

“Jessica Chastain’s character, after a long period of reflection had to be cut from the film. It was an extremely difficult decision to make. I feel, toward Jessica, a very sincere love, and a great admiration. The decision was editorial and narrative, in that it has nothing to do with a performance and everything to do with a character and compatibility of its storyline,” he wrote.

“The ‘villain’ subplot, albeit funny and entertaining didn’t feel like it belonged to the rest of the story, which ended up not being on heroes or their nemesis but rather on childhood and its drama.”

Chastain responded to the post a few hours later with a message her Instagram account saying: “Darlings there’s some #johnfdonovan news. Don’t worry, I was informed in advance of this letter. This has been handled with the upmost respect and love.”

There was no other news on other previously announced cast members including Jacob Tremblay, in the role of the young actor, Natalie Portman, Thandie Newton, Kit Harington, Sarah Gadon and Michael Gambon.

Dolan premised his revelations with details on how he had been working on post-production on and off since last May.

“There was a time when we thought we’d premiere this past fall, but the film wasn’t ready… To be completely transparent – or funny – I will say that this film’s first cut topped four hours! We loved every of the assembled scenes but knew a more profound reflection on the film’s form and focus awaited us,” he wrote.

The filmmaker said the feature was now at a point where he would be happy to share it will spectators soon.

”I am beyond happy with the film. I love it very much and I am eager to share it with you,” he said.