New films from Damien Chazelle, Xavier Dolan and Barry Jenkins are among the hot American projects to arrive in 2018. 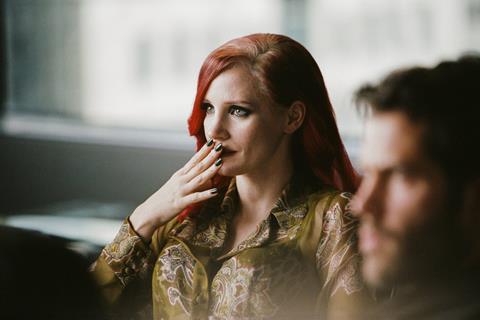 Dir: Felix van Groeningen
Belgian wunderkind van Groeningen (The Broken Circle Breakdown, Belgica) makes his English-language debut in a hot package that stars awards hopeful Timothée Chalamet (Call Me By Your Name) and Steve Carell as a father and son dealing with the youngster’s meth addiction. Amazon Studios holds rights to the drama from Plan B, and has a track record of securing festival launches prior to a theatrical run. Contact: Alice Laffille, FilmNation

Dir: Joel Edgerton
Australian multi-hyphenate Edgerton’s follow-up to 2015 horror-mystery The Gift centres on the son of a Baptist pastor forced to take part in a gay conversion programme. Adapted from Garrard Conley’s memoir, the drama has awards gloss and stars Lucas Hedges as the youngster, with Nicole Kidman and Russell Crowe as his parents. Focus Features plans a September 28 release and Universal will distribute internationally. Contact: Focus Features

Dir: Karyn Kusama
Kusama, who broke out with Girlfight and confirmed her feature chops with horror The Invitation in 2015, began production on this crime drama at the end of 2017 in Los Angeles. Nicole Kidman plays a troubled detective who reconnects with members of a California desert gang she infiltrated years ago. Sebastian Stan and Toby Kebbell also star. International contact: Rocket Science, US contact: ICM Partners, CAA

If Beale Street Could Talk

Dir: Barry Jenkins
Jenkins’ Moonlight established the Miami filmmaker as a creator of singular vision whose follow-up is sure to land a prestige festival berth. Annapurna Pictures plans a 2018 release for the story, based on James Baldwin’s novel of the same name about a pregnant woman in 1970s Harlem who races to prove her fiancé’s innocence. Moonlight producer Plan B is also on board, and Dave Franco, Pedro Pascal and Regina King star. Contact: Adriene Bowles, Annapurna Pictures 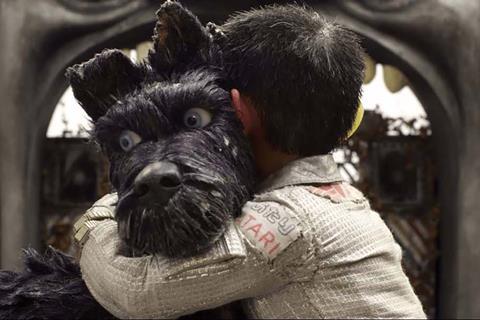 Dir: Wes Anderson
Isle Of Dogs is the first animation to open the Berlinale and marks the director’s fourth film to premiere at the festival after most recent selection and 2014 Silver Bear winner The Grand Budapest Hotel. The story takes place in Japan where a boy searches for his dog. Voice cast includes Greta Gerwig, Tilda Swinton, Ken Watanabe, Edward Norton and Scarlett Johansson. Fox Searchlight distributes in the US on March 23, and Fox International will roll out the film internationally after that date. Contact: 20th Century Fox

Dirs: Ciro Guerra, Cristina Gallego
Guerra dazzled critics with his 2015 black-and-white Colombian foreign-language Oscar contender Embrace Of The Serpent. His follow-up teams Guerra with his wife, producer and co-director Gallego on a story about a Wayuu indigenous family that gets involved in the marijuana trade in Colombia in the 1970s. Contact: Films Boutique

Dir: Alonso Ruizpalacios
Ruizpalacios’s comedy-drama Güeros won the best first feature prize at the 2014 Berlinale and best picture at Mexico’s Ariel Awards the following year. He returns with this 1985-set story of criminals who stage a heist at the National Museum of Anthropology in Mexico City. Contact: Distant Horizon 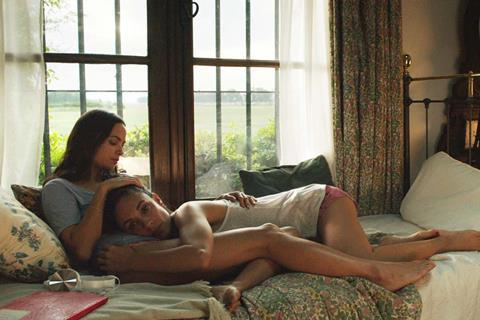 Dir: Pablo Trapero
After his Argentinian box-office smash The Clan, Trapero returns with the story of a prodigal woman who reunites with her mother and sister on the titular family estate as they confront family trauma stemming from the military dictatorship. Production in Buenos Aires began in December. Contact: Eva Diederix, Wild Bunch

Dir: Alfonso Cuaron
It has been four years since Cuaron won the best director Oscar for his global smash Gravity and he returns with his first film set in Mexico since his 2001 international breakout Y Tu Mama Tambien. Little is known about Roma except it chronicles a year in the life of a middle-class family in Mexico City in the 1970s. Contact: Participant Media

Where Life Is Born

Dir: Carlos Reygadas
Cannes regular Reygadas’s sixth fiction feature is the story of a man in an open relationship who struggles to reconcile himself to the fact his wife has fallen in love with another man. Contact: The Match Factory