XYZ Films moves into US distribution, lines up ‘Something In The Dirt’ 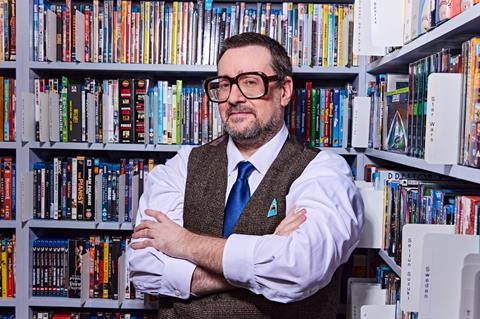 Capitalising on an opportunity to reach fans of its genre content in the US and coordinate worldwide releases, XYZ Films has launched a US distribution division and hired former Drafthouse Films and Neon executive James Emanuel Shapiro to run it.

The releasing arm’s first film will be Something In The Dirt, the fifth directorial effort from Justin Benson and Aaron Moorhead and currently in post-production.

EVP of US distribution Shapiro will report to XYZ Films CEO Nick Spicer and XYZ Films partner Nate Bolotin. He will work closely with president of international sales and distribution Tatyana Joffe to orchestrate the global release slate.

The new division will focus on the XYZ brand of filmmaker-driven, independent genre films from around the world but will not release every film that XYZ finances or produces.

The new venture is the latest big play by XYZ, which launched 13 years ago and has carved out a reputation for championing elevated international genre fare and discovering talent from around the world like Gareth Evans with The Raid, Karyn Kusama (The Invitation), and Panos Cosmatos (Mandy). The sales business has grown alongside production, and the company recently moved into financing through its $100m production fund established with Finland’s IPR.VC.

Shapiro is a 20-year industry veteran who served as COO of both Drafthouse Films and Neon. His credits include awards campaigns for I, Tonya, Bullhead, and The Act Of Killing. He has been active in the festival scene, working with Fantastic Fest and Beyond Fest, and most recently launched the analytics department and helped build the booking department at the Alamo Drafthouse cinema chain.

Spicer and Bolotin said, “We specialise in a certain kind of film, and we know that audience inside out. We now have the ability to be a true studio to our filmmakers, all the way through release. James has been distributing elevated, indie genre films for twenty years and knows how to reach that audience better than anyone.”

Joffe added, “With traditional distribution models rapidly shifting, we need to quickly adapt to the demands of our international partners and their audience. Having control of the windowing, and working collectively with our key international partners to create marketing campaigns, will greatly contribute to our global release strategy in capturing broader audience, which will ultimately ensure better performance worldwide.”

“It’s a dream come true to come on board to XYZ Films as I’ve worked closely with them throughout my career,” said Shapiro. “Their worldwide reputation for working on the highest quality films from diverse, emerging filmmakers is outstanding.”

Something In The Dirt is the fifth collaboration between Benson and Moorhead XYZ Films, after titles like Synchronic starring Anthony Mackie and Jamie Dornan.

Since the pandemic began, XYZ has had six films reach number one on Netflix including Stowaway and Synchronic, while several have reached the top of the TVoD charts such as The Silencing and Alone.