Jean Mizrahi discusses dividing the business into two distinct brands, Eclair and CinemaNext, and the future of the European market. 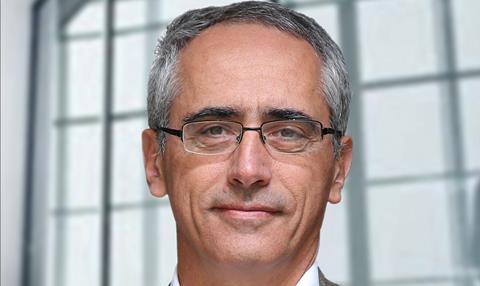 Digital cinema technologies specialist Ymagis has seen the size of its operation almost quadruple over the last few years.

Following the company’s takeover of Eclair Group in July 2015 - on top of numerous other recent acquisitions – the group has restructured and rebranded its burgeoning business.

“This expansion and growth led to the need to reevaluate not only our visual identity but our brand positioning as a whole,” says Jean Mizrahi, founder and CEO of Ymagis, speaking to Screen following the publishing of the company’s end-of-year financials, which report a 4.8% year-on-year revenue increase, but a net loss of $0.68 (€0.6m).

The company’s multiple arms will now operate under two distinct brands, bannered together as Ymagis group: Eclair, which will involve all content services, and CinemaNext, which will handle exhibitor services.

“Eclair is a very historical name, it’s more than a century old, it’s the oldest company in the world for cinema technical services,” says Mizrahi.

When it acquired Eclair, the business faced an uncertain future after a steady decline in revenues. Ymagis intended to address this by modernising the company’s offering and aligning it with “the transition of the whole industry from film print to digital”.

Mizrahi also adds that while Eclair has always been a leading name in the French market, they are now hoping to “expand the brand internationally” through a wider offering of services [see box out].

Eclair’s ongoing operations include distribution services for film and television (content delivery by satelite, internet and VOD/S-VOD platforms), digital restoration of 35mm prints (including the recent 4K restoration of Akira Kurosawa’s Ran, which played at Cannes last year and is being released by the BFI as part of its Shakespeare on Film season), post-production services, and archiving services in a warehouse in Auxerre, a couple of hours outside of Paris [see picture below].

CinemaNext handles the installation and maintenance of cinema equipment, as well as offering software and manufacturing services to exhibitors, NOC services and consulting to cinema operators on business development.

While Ymagis saw increasing revenues in the Virtual Print Fee (VPF) side of its business in 2015, Mizrahi explains that those numbers were bolstered by the last European territories that needed help converting to digital (Greece, the Balkans, Turkey), and that it will decrease from here on.

“VPF is going to die very soon, it has already started to disappear in some countries,” asserts Mizrahi.

“VPF was a tool that allowed the market to convert to digital, it was a good tool for the whole industry.

“What everyone forgets is that in very few years they will have a free ride, and that’s going to change their life completely. Before VPF, 35mm prints were quite expensive, and they were a great limitation to film distribution.

“This limitation will disappear, and it’s going to change the face of the industry,” he adds.

To a degree, Ymagis plans to sideline the VPF side of the business, which it expects to decrease over the next year and beyond. Mizrahi adds that there is currently “no further plan” for a future VPF.

On the prospect of the UK’s forthcoming EU referendum, dubbed Brexit – which could potentially result in the country exiting the European Union – Mizrahi is undecided but cautious.

“There are a lot of numbers floating in the market around what an exit from Europe would cost. I don’t think anyone knows exactly what would be the consequence.”

Ymagis has numerous interests in the UK, including aspects of the exhibition, content and consulting sides of its business operations from a London office.

“For me, I don’t see why the cinema industry would change. I believe that even out of the European Union the UK will still have a cinema industry. We want to remain a player in the market in terms of providing services to the cinemas and to the distributors and producers.”

The EU’s proposed Digital Single Market, on the other hand, would impact Ymagis’s business, Mizrahi says.

“A lot of local content is very international, they are exported individually to different countries. There are very few pan-European distributors, apart from the studios of course, but in Europe we don’t have pan-European players except maybe Studiocanal,” he says.

“It’s not a formula that has been developed much, so clearly a single market would change that. There are a lot of possibilities, at this point it’s unclear what could be the impact for us,” Mizrahi adds.

While Mizrahi explains that 2016 is going to be a steadier year for Ymagis following recent upheaval, but they are preparing a strategy document that will explain to the market the company’s priorities for the next three years, which will be released with its half-year results in September.

At roughly the same time, the company will also be releasing details of a new archiving technology it is working on as part of the modernisation of the Eclair side of its business. While details are being kept quiet for now, it will help companies future-proof their digital content against evolving technologies, making sure they can access it for decades to come.