Wajda has been nominated for the Foreign Language Oscar on four occasions. 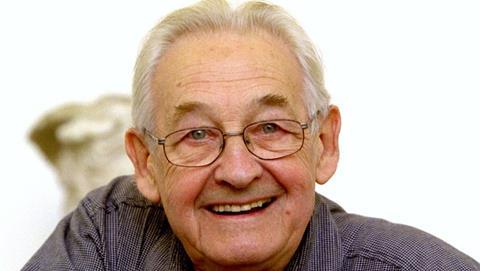 The Toronto world premiere follows the story of Władysław Strzemiński, an artist who battled socialist realism and suffered terrible consequences of his artistic choices.

Producers are Akson Studio and co-producers are the National Audiovisual Institute, Telewizja Polska, EC1 Łódź - Miasto Kultury and Fundacja Tumult. The film was co-financed by the Polish Film Institute.

Veteran director Wajda has been nominated for the Foreign Language Oscar on four previous occasions.

In a statement released following the decision, the Oscar Committee stated:

“Following a long and fascinating discussion, with a majority vote and with acknowledged separate vote of some members of the Committee, the Oscar Committee has selected Andrzej Wajda’s feature Powidoki (Afterimage) to be Poland’s Oscar candidate.

“Whereas members of the Academy have a high regard for the ideals of civil liberties and freedom, Powidoki (Afterimage) stands a good chance of winning the Academy’s favour. Andrzej Wajda’s most recent film is a touching universal story about the destruction of an individual by totalitarianism. The director has shown us a world in which beauty, art, and artistic integrity are persecuted.”