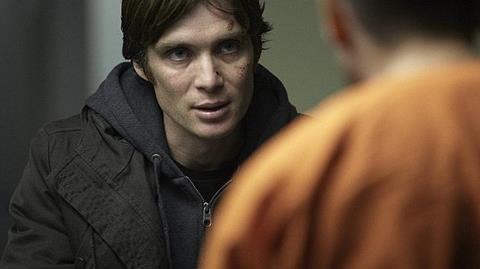 Following up his taut 2010 man-trapped-in-a-coffin thriller Buried, director Rodrigo Cortes seems to have decided to go in as opposite a direction as possible with Red Lights, an ambitious, unwieldy, operatic film about paranormal hoaxes that sure isn’t boring but also, sadly, isn’t very good. Working with a committed cast including Sigourney Weaver, Cillian Murphy and Robert De Niro, Cortes (who also wrote and edited the picture) strains to produce a thriller with the soul of a graphic novel, but the extended running time and overly hokey tone do this movie absolutely no favours.

Cortes errs by treating his outlandish story deadly seriously, which can provoke the occasional unintentional laugh because of the overwrought happenings on screen.

Though slotted in Premieres at Sundance, Red Lights would perhaps be more appropriate in the Midnight section, which is where Buried screened two years ago. Despite a stylish sheen and some star power in the cast, this thriller has all the earmarks of a cult/genre offering, which would limit its appeal among mainstream moviegoers.

Red Lights concerns two paranormal investigators, Dr. Margaret Matheson (Weaver) and her assistant Tom Buckley (Murphy), who travel to different locations to debunk claims of supernatural occurrences. But the one mystery Matheson can’t explain is the psychic powers of Simon Silver (De Niro), a blind man who was a cultural phenomenon before going into seclusion 30 years ago. Suddenly, however, Silver has decide to re-emerge, prompting the investigators to see if they can once and for all expose him as a sham.

After working with Ryan Reynolds in such close quarters on Buried (Cortes’ second feature), the filmmaker goes for a gradual, deliberate tone with Red Lights, establishing Matheson and Buckley’s interpersonal dynamics before introducing Silver and then suggesting the dangerous powers he possesses.

This may be a disappointment for fans who just want another immediate, claustrophobic thriller like Buried, but the reality is that Red Lights isn’t hamstrung so much by its slowly intensifying pace as it is by a generally loopy execution that, while endearingly goofy at times, tends to undercut the film’s sense of creeping dread. Rather than proving himself a master of switching between tones, Cortes errs by treating his outlandish story deadly seriously, which can provoke the occasional unintentional laugh because of the overwrought happenings on screen.

Still, the cast can’t be faulted for Red Lights’ weaknesses. Weaver is her usual commanding self as a scientist with a tragic backstory, and Murphy is sufficiently unhinged as her right-hand man who slowly starts to become obsessed with Silver. And even De Niro, who has been a wildly unreliable presence of late, shows admirable restraint as the blind psychic who may wish to do the investigators harm.

But these performances are all at the service of a story that feels like it should be breezy, midnight-movie fun but is instead invested with a clenched-teeth gravitas that it simply doesn’t merit. Cortes is clearly trying to push himself, mixing suspense, horror and social commentary, and there are occasions in the movie when his pretensions add up to an arresting moment or two. But too often, Red Lights’ grand soliloquies, questionable plotting and more-is-more attitude just raise red flags.