‘69: The Saga Of Danny Hernandez’: Review 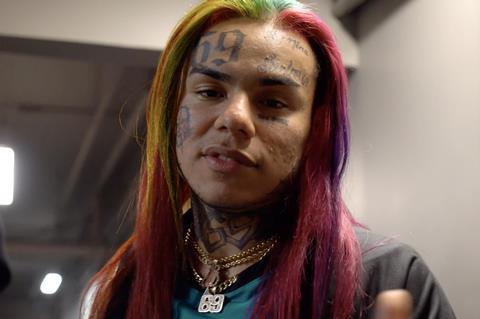 ‘69, the Story Of Danny Hernandez’

The rise of controversial rapper Tekashi69 is a very modern music story, connected to the growing cultural influence of social media and Soundcloud, but it also has a familiar ring, harking back to bygone artists who similarly specialised in shock and spectacle. Vikram Gandhi’s grimly compelling documentary 69: The Saga Of Danny Hernandez seeks to understand the 24 year-old New Yorker born into poverty who remade himself as a combative, gang-affiliated super-villain. Gandhi speaks to collaborators, lovers and journalists, who help flesh out Hernandez’s life and career trajectory, although the musician’s unwillingness to participate leaves this an intriguing snapshot rather than a definitive portrait.

Premiering today on Hulu in the US, 69 will cater to Tekashi69’s myriad fans, who have made his songs hits and followed his legal entanglements in recent years. Those with only a passing knowledge of the artist will get a decent recap, although they may feel like they’re watching an age-old saga of a young man seduced by the criminal lifestyle.

Gandhi (Kumare, Barry) makes documentaries and features that explore the nature of identity, and early on in 69 he explains in voiceover that he has been fascinated by Hernandez, who lived only a few blocks way from him. Unable to arrange an interview with the rapper, best known for his sexually explicit and consumerist videos, Gandhi speaks to others in his orbit, crafting a sort of oral history of Hernandez’s transformation into Tekashi69. In just a few years, Tekashi69 managed to emerge from the underground hip-hop scene to become one of the most famous and notorious rappers, running afoul of the law and affiliating himself with gang members.

69 is fuelled by its subject’s brash charisma. Growing up in a broken home, Hernandez comes across in social-media clips and archival interviews as a hungry kid ready to take on the world, espousing a gangster attitude and covering his arms and face with garish tattoos. Unfortunately, we hear less from him than we do about him, and although Gandhi has done a commendable job of corralling interviewees who can speak to different stages of Hernandez’s life — including Sara Molina, the mother of his child — Tekashi69 remains something of an enigma.

That said, the documentary smartly connects Hernandez’s ascension to wider trends in youth culture and the music industry. Hernandez recognised that presenting a rebel image on Instagram and in YouTube videos could bring him fame. (He was a master of going viral.) Similarly, the burgeoning popularity of so-called Soundcloud rappers — under-the-radar musicians who used the website to advertise their snarling, hedonistic tracks — perfectly dovetailed with Hernandez’s own unrepentantly provocative material. (As 69 points out, he was such a canny self-promoter that he capitalised on Soundcloud’s cachet even though he was never even on the platform.)

Bragging about his wealth and fame, Hernandez soon went from selling a gangster fantasy to trying to embody it, and it’s here that 69 becomes a despairing but also somewhat predictable recounting of a bright talent brought down by hubris and bad decisions. The documentary only briefly touches on the thought-provoking notion that Hernandez’s success was emblematic of a generation raised online which views celebrity as something anyone could (and should) attain. There’s something tragic about hearing from his associates who detail his deep need for attention. (As one observer notes, stardom was more important than money to Hernandez.) But otherwise, 69 follows a pretty standard narrative arc, save for Gandhi’s careful focus on how the Tekashi69 ’character’ ultimately dwarfed the playful Hernandez his friends once knew.

Gandhi doesn’t shy away from Hernandez’s unsavoury side, looking into a 2015 incident involving the use of a child in a sexual performance. (And Molina accuses Hernandez of being physically abusive during their relationship, long before he was famous.) But while such incidents may have tarnished his moral character, 69 demonstrates how they greatly burnished his reputation as an outlaw, adding to his notoriety. (Even Hernandez’s recent racketeering conviction, which resulted in a lessened sentence after he informed on several of his associates, seems to have done nothing to blunt his popularity.)

Anyone hoping for an authoritative look at Tekashi69 will probably be disappointed by 69’s lack of access to the artist himself. But as Gandhi admits, the rapper probably won’t mind: As long as someone’s talking about him, that’s all that matters. Truly, for someone like Danny Hernandez, forever desperately craving attention, there’s no such thing as bad press.