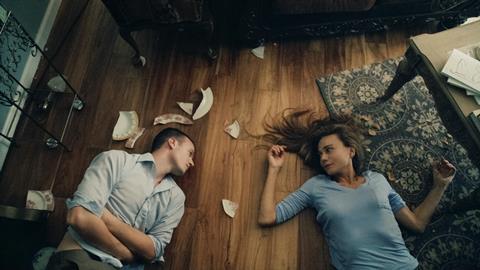 An intriguingly insular rumination on aging, mortality and art, A Critically Endangered Species drifts along on its own idiosyncratic wavelength, but the rewards don’t quite justify the effort expended on the viewer’s part. Lena Olin gives a defiantly dry, brittle performance as an acclaimed writer who has decided to kill herself, and this chamber drama follows her lead, providing us with characters who are difficult to embrace in a quiet, contemplative story in which not much takes place. The proceedings are often stifling, but not without their prickly pleasures.

The conclusion doesn’t bring revelation as much as it does relief to be free of the film’s stranglehold.

After premiering at South By Southwest, the film will hope to court buyers on the strength of the Oscar- and BAFTA-nominated Olin, with festivals and VOD play a likely prospect for this story of Maya (Olin), a celebrated poet and author, who begins the film by announcing to a journalist over the phone that she plans to commit suicide. With her early success a distant memory, she’d rather end her life than keep putting out mediocre material.

First, however, Maya must get her estate in order, and so she begins to audition aspiring male writers for the position of her literary executor, whittling down the candidates to two: the sensitive Ansel (Nathan Keyes) and the caustic Paul (Alexander Koch).

Writer-directors Zachary Cotler and Magdalena Zyzak — who have literary backgrounds (he’s a poet, author and critic, while she has published a novel) — invest deeply in Maya’s creative struggles, musing on literature’s fading cultural relevance and the vagaries of artistic expression. But there’s also a darkly sexual edge to Endangered Species. Maya requires each of her applicants to perform oral sex on her during the initial interview, and so it’s not surprising that her subsequent interactions with Ansel and Paul exude a subtly sensual May/December, teacher/pupil vibe. More than simply seeking someone to oversee her legacy, Maya enjoys playing head-games with these impressionable men, criticising their writing while intimidating them with her cold confidence.

Taking place mostly in Maya’s home in the mountains of Northern California, Endangered Species has an intimate, sometimes suffocating atmosphere. With her raspy voice and pitiless eyes, Olin plays Maya like a queen presiding over her tiny kingdom, toying with her subjects to test their mettle and amuse herself. We meet several of the applicants during their interviews, and Cotler and Zyzak use these one-on-one conversations as our first glimpses into Maya’s controlling, aloof personality.

Once Ansel and Paul emerge from the pack as the finalists, each of them spending quality time with Maya alone, Endangered Species provides more clues into this character, but not very many — allowing her motivations to be satisfyingly mysterious.

Olin projects a slinky, regal slipperiness. With Ansel, Maya is like a domineering mother, while Paul challenges her, refusing to be under her thumb — which only delights Maya and ups the mental gamesmanship. The actress is supremely sexy, the lines on her face suggesting Maya’s steely determination to dictate every aspect of her life, including how she will die.

But the performance doesn’t have enough to support it. Keyes brings palpable vulnerability to Ansel, and Koch is sufficiently cocky and temperamental as Paul, but their characters are mere pawns who can’t put up much of a fight. As a result, the riddle of Maya’s inner life ultimately proves unengaging. (And Rosanna Arquette, playing Maya’s kooky neighbour and only friend, merely amplifies the film’s wilful opacity.) The world of A Critically Endangered Species brims with lost souls and peculiar individuals thrashing about in their existential and artistic anxieties. The conclusion doesn’t bring revelation as much as it does relief to be free of the film’s stranglehold.