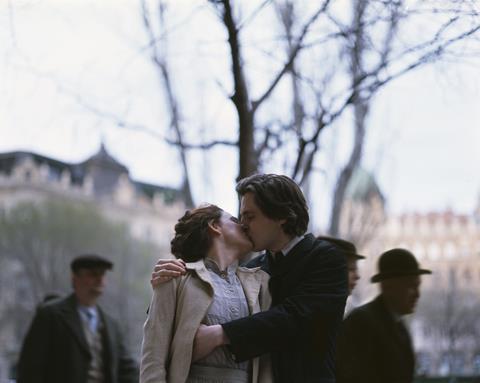 An illicit love affair between two young people in Stockholm at the beginning of the twentieth century threatens to destroy the lives of everyone it touches. This adaptation of Hjalmar Söderberg’s 1912 novel The Serious Game is a visual delight, but it adheres a little too strictly to the rules of conventional melodrama.

The fact that the two lovers are quite unsympathetic characters – their romance is self-serving and destructive – is somewhat mitigated by the flashes of humour in the screenplay.

Directed by Pernilla August from a deft screenplay by Lone Scherfig, the film initially injects humour and energy into the sometimes stuffy confines of the costume drama. Both dissipate a little by the third act, in which tragedy smothers the spark of stolen passion, and slows the pace of the drama. The good looks of both the film and its central characters, plus the quality of the performances, should ensure festival attention. The picture’s best chances of a life beyond the festival circuit will be in Scandinavian territories where Söderberg’s writing is known and celebrated.

Arvid (Sverrir Gudnason) and Lydia (Karin Franz Körlof) first meet when he is a callow young proofreader at a newspaper, and she is the girl of his dreams. The attraction is instant. If it isn’t quite love at first sight, it is a consuming fascination. Their hands brush together as they play a duet on the paint-splattered piano in Lydia’s artist father’s cabin. It’s a moment that is referred back to rather too regularly with a mournful piano motif on the score.

Ambitious but penniless, Arvid declares his love but then tells Lydia that he is not in a position to marry her. A neat piece of sound design gives the impression of the world around them fading for a moment and then crashing back into place when the reality of their joint penury hits home.

When the couple next meet, several years later, both have married lucratively – she to the much-older Roslin (Sven Nordin), he to the lovely, uncomplicated Dagmar (Liv Mjönes, bringing impressive depth to the role). Both have daughters with their respective partners. But this doesn’t stop them falling into bed together.

Impulsive Lydia asks her husband for a divorce – she is granted one but at the expense of contact with her daughter. Tortured by guilt, Arvid can’t keep away from his bewitching lover, even as he buys off his wife with empty gifts and words. As the affair continues – back at the cabin, in the garret room which is Lydia’s new home – they begin to torture each other and those around them.

The fact that the two lovers are quite unsympathetic characters – their romance is self-serving and destructive – is somewhat mitigated by the flashes of humour in the screenplay. The scenes in the newspaper office, governed by Michael Nyqvist’s straight-talking editor, are particularly sharp. The hand held camera brings a dynamic, youthful quality to the film, although the energy is depleted by a few too many shots of Arvid and Lydia gazing at each other with anguished but photogenic longing in the third act.