'A Tale Of Love And Darkness': Review 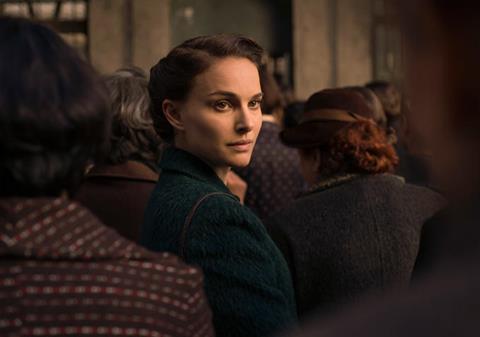 A minor-key drama about a mother whose poetic soul has a profound effect on her son, A Tale Of Love And Darkness is very much like its matriarch: lovely, mysterious but also a bit insular and ephemeral. First-time feature director Natalie Portman has taken on a considerable challenge with this adaptation of Amos Oz’s memoir of his upbringing in Israel and the sad decline of his mother, and she’s not wholly successful in the endeavour. Indeed, an overly self-conscious somberness infuses the film, keeping this heartrending tale from being as poignant as it could be.

This is one of Portman’s warmest, saddest performances, but it’s also surprisingly superficial.

Premiering as a Cannes Special Screening, A Tale Of Love And Darkness boasts Portman’s drawing power — she’s not just the director and screenwriter but also the film’s star — as well as the popularity of the Oz novel from which the movie is based. Because Tale is in Hebrew, the movie could face obstacles in the US, where subtitled films rarely become breakout hits. The betting is that Portman’s muted passion project will remain a niche theatrical performer that will fit comfortably on VOD and home-video platforms.

Told in flashback by Amos as an older man, A Tale Of Love And Darkness starts in 1945 as the 10-year-old boy (Amir Tessler) grows up in a happy Jewish home in Jerusalem with bookish father Arieh (Gilad Kahana) and free-spirited mother Fania (Portman). At first, Tale seems to be more of a personal history of the formation of Israel, as the boy’s parents are deeply invested in a free Jewish state — especially Fania, whose family fled anti-Semitism in Poland when she was a girl. But, slowly, the story shifts its focus toward Fania’s growing unhappiness, which finds her becoming detached and melancholy.

Filmed with a nostalgic, intimate eye by cinematographer Slawomir Idziak, Tale has an abiding tastefulness which proves to be a double-edged sword for Portman. She elicits refined performances from her cast, and there’s a delicate tenor to the events depicted. But the abundance of restraint can leave the movie feeling like it’s encased in amber, Portman being so respectful of the source material that the story never quite breathes.

That said, Tale exhibits a moment-to-moment beauty that’s affecting, presenting members of an ordinary Jewish family who just happen to be alive during one of the first of many tumultuous periods in Israel’s history. Nonetheless, Portman renders the creation of Israeli statehood perfunctorily, hitting important dates dutifully and showing their impact as seen through the family’s eyes, but without much urgency or immediacy.

Intriguingly, Tale then shifts direction, devoting its second half to Fania’s gradual spiritual and physical deterioration. When we first meet her, she’s a lively young woman entertaining Amos with fictional tales and proverbs, opening the boy up to literature and poetry. (In fact, it is intimated that it’s Oz’s mother who made him the writer he became.) But her gratitude and excitement for Israel’s independence proves short-lived, as Fania finds herself drifting deeper into a depression she can’t quite articulate. The religious freedom for which she’d long dreamed ends up only opening a deeper chasm within her — one that can’t be filled.

This is one of Portman’s warmest, saddest performances, but it’s also surprisingly superficial. To be sure, Fania is meant to be an enigmatic figure — even her husband, who loves her dearly, doesn’t quite understand her — but the character’s slow-motion withdrawal from the world lacks the heartbreak it deserves. Here again, we see the downside to Tale’s delicate tone: Portman adores Oz’s book and its characters so much that she never quite digs deeply enough to bring them to life.