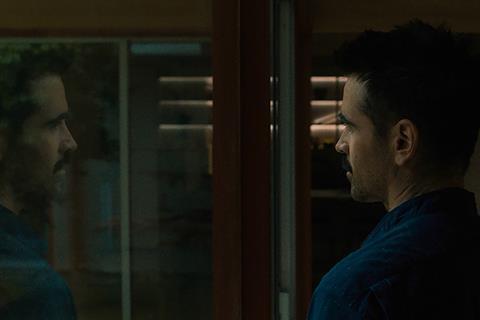 Films about androids often speculate whether artificial life forms really dream of being human – but, as someone points out in After Yang, that’s such a human question to ask. Themes of organic versus artificial identity are mapped onto racial identity politics – and questions about family, consumerism and the value of sensory experience – in After Yang, a beautifully executed, intellectually searching and sometimes droll futuristic drama.

Screening at Cannes in Un Certain Regard, this film is the second feature from Kogonada, the Korean-American writer-director who established himself as a master of cinephile video essays before making a confident debut with architecture-themed debut Columbus. His ambitious, sophisticated follow-up will demand careful handling, especially where genre is concerned: what begins as a science fiction mystery soon settles determinedly into a mode of teasing philosophical inquiry. But overall richness, gorgeous visuals and a highly engaging lead from Colin Farrell should guarantee healthy exposure in upmarket outlets.

The film is set in a future America hugely influenced by Asian culture, where intelligent artificial humanoids – ‘techno sapiens’ – are standard household items. One professional couple – exec Kyra (Jodie Turner-Smith) and Jake (Farrell), who runs a specialist tea shop - are the loving adoptive parents of young Chinese girl Mika (lively, quizzical nine year-old Malea Emma Tjandrawidjaja) and, as is standard practice, have bought her a synthetic big brother, Yang (Justin H. Min), to keep her connected with her Chinese identity. Yang - created to look, sound and think authentically Chinese - has the job of dispensing Chinese ‘fun facts’ to her, but also to take up the slack of childcare for her busy parents. Household bonding time comes in the form of family dance contests, shown in unusually hued opening credits – an energetically amusing sequence, though it misleadingly suggests we’re in for brasher pop-culture futurism than the film actually provides.

When technical malfunction sends Yang into a coma, Jake tries to get him repaired for a disconsolate Mika. There’s witty play made on the small print conditions set by companies like Apple, as Jake discovers that repair will be more troublesome than he thought: cue a very funny moment from Brett Dier as a repair shop nerd. A mysterious box in Yang’s chest turns out to be a rare find that sparks the interest of a museum curator (Sarita Chowdury) and that eventually puts Jake on the trail of a mysterious young woman named Ada. Played by Haley Lu Richardson, the discovery of Columbus, Ada has her own technologically-derived identity issues, and reveals a dimension of Yang’s nature that the family never suspected.

The film arguably has more ideas than it can entirely accommodate – never such a bad thing, although After Yang might frustrate viewers hoping for a more cogently packaged narrative wrap-up. DoP Benjamin Loeb and designer Alexandra Schaller create a future world dense with finely detailed touches – even the light gliding over car windscreens has a texture you’ve never quite seen before, while details like tea leaves swirling in water, or the collection of objets d’art in the family home, show a director with an acute sense of aesthetic perfectionism.

There is sometimes a degree of visual overload – the CGI evoking the constellations of Yang’s recorded memories feels a little overwrought, as if designed to reassure us that this is a science fiction movie after all. But music is used cleverly throughout, notably in the use of the pop song ‘Glide’, from Japanese film All About Lily Chou Chou, as covered by Japanese-American singer Mitski.

The script by Kogonada – who also edits - elegantly processes questions of who we are through themes of memory, culture and ethnicity: a central factor of Yang’s identity is not so much the opposition of human and android, but the question of what makes him Chinese. Diverse casting is used to suggestive thematic effect, although sticklers for 100% accuracy may object that Min, who plays Yang, is Korean-American. His performance offers an elegant, affecting, wry variant on familiar tropes of humanoids as preternaturally sensitive and insightful, while British actress Jodie Turner-Smith, here adopting a chill demeanour and silky tones, plays Kyra as a woman who seems to have merged with her elegant lifestyle at the risk of a loss of self. Meanwhile, Farrell continues to age wonderfully into the role of a bemused middle-aged everyman, Ireland’s own Marcello Mastroianni, as in his films with Yorgos Lanthimos - and, as a bonus, he gives a more than passable impersonation of a certain German film-maker.

Screenplay: Kogonada, based on the story ‘Saying Goodbye to Yang’ by Alexander Weinstein