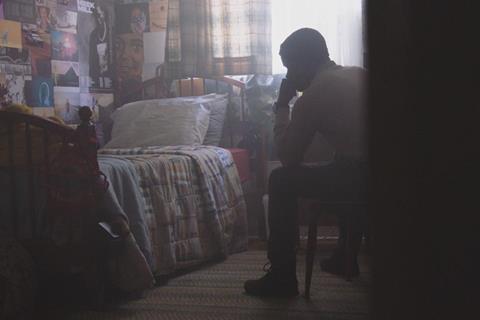 Infuriatingly manipulative and insufferably preachy, American Skin examines the cultural issues tearing apart US society and reduces them to cheap theatrics. Following up 2016’s The Birth Of A Nation, writer-director-star Nate Parker again ignores subtlety to make impassioned points about race and class, but where his debut seemed at least to connect with America’s roiling tensions, here he settles for simple speechifying and wooden characters in the hot-button story of a black father who decides to take the law into his own hands after the police kill his unarmed son. American Skin doesn’t elucidate, provoke or grieve but always remains proud of its own posturing.

No one can doubt the relevance of American Skin’s political commentary but Parker confuses overheated, earnest banality for unfiltered truth

Premiering in Venice, the film (which is being presented by Spike Lee) could certainly be called timely because of its subject matter, although the meagre treatment may discourage audiences from seeking out this polemic. There’s also the matter of whether buyers will want to take a risk on marginal commercial material helmed by a controversial artist. (Parker was charged and acquitted of rape back when he was in college, allegations which resurfaced during the release of The Birth Of A Nation).

Parker himself plays Linc, an Iraq veteran still struggling to move on after his son Kijani (Tony Espinosa) was shot dead by police during a routine traffic stop. A year after the officers are exonerated without having to stand trial, Linc (followed by a documentary crew led by student filmmaker Shane Paul McGhie) decides he can’t wait for the courts to avenge his son’s death — he’ll need to do it himself.

Linc’s unlikely course of action is American Skin’s audacious twist, although it draws inspiration from social dramas such as 12 Angry Men and Dog Day Afternoon. Parker possibly expects that his character’s brazen plan will shock some viewers, forcing them to confront the inequities in the American judicial system and the grievances felt by many black people who must live in a society where they feel marginalised and targeted.

No one can doubt the relevance of American Skin’s political commentary but, as both a filmmaker and actor, Parker confuses overheated, earnest banality for unfiltered truth. Without spoiling anything, let it be said that the movie finds Linc engaged in passionate debate with people from many different walks of life, giving American Skin a talky, stagy quality that soon devolves into conflicting points of view being yelled back and forth. The sentiments may be sincere, but the construction quickly proves tiresome. (Also unrewarding is Parker’s conceit that much of what we’re watching is being filmed by the student crew, another attempt to inject “realism” into a story that reeks of phoniness and contrivance.)

As Linc’s fellow vet, Omari Hardwick provides some muscular authority, but the character is largely side-lined. Beau Knapp does his best as the cop who killed Kijani, straining to illustrate how the police have to make split-second decisions all the time, some which prove incorrect and deadly. But American Skin isn’t really interested in layered portrayals. Instead, Parker wants to point at America’s ills without much consideration of how best to dramatise them or investigate their deeper meanings.