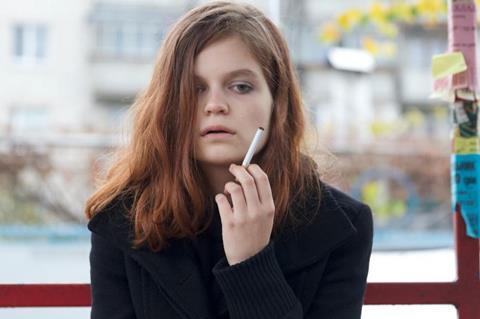 Humanity is the first casualty of war in Bad Roads. Natalya Vorozhbit’s adaptation of her 2017 play is a howl of anguish over the recent history of the Ukraine and the impact of hostilities with neighbouring Russia. Her powerful directorial debut uses four stories to illustrate the appalling treatment of women and how a climate of fear destroys any thought of compassion. Ukraine’s official Oscar selection is undeniably heartfelt, but the grim narratives make for unforgiving viewing.

Partly inspired by the testimonies of real victims, Bad Roads was performed at the Royal Court in London. It feels as if Vorozhbit is sifting through the wreckage of a society desperately seeking some glimmer of hope; it is hard to perceive any in the tales of humiliation, abduction and suffering.

The notion that Donbass has become a hell on earth is reflected in the fading light as we progress through the stories. The shimmer of summer heat is visible at the start as a sozzled headmaster (Igor Koltovskyy) falls foul of two officious checkpoint guards. A simple misunderstanding over a passport and the contents of his car boot escalates into something more serious. It shifts again as the man thinks he recognises a pupil from his school. Is she there? Has he imagined it? Should he make a fuss? Driving away is the safest option, but does that make him complicit in what might be happening to her? The way a situation can suddenly switch from ordinary to life-threatening is a recurring notion in a film depicting a society where mistrust has become a default setting. It is a classic example of evil triumphing when good men do nothing.

In the deepening shadows of twilight, a trio of gossipy girls are picked out in the pool of light surrounding a bus stop. They talk of boys, school bullies and petty fantasies of revenge. Hoping to trade their availability for cigarettes and make-up, they are well aware that their fraternisation with enemy soldiers could be severely punished. A grandmother (Yuliya Matrosova) urges one of the girls to return home and recalls a happier time when the bus stop was a bench where women waited for their menfolk to return from the mines. It is a rare note of wistful longing in a film that eschews sentimentality.

It is pitch black by the time of the third and most unsettling tale. Yulia (Maryna Klimova) is held in an abandoned sanatorium at the mercy of brutal soldier Stas (Yuri Kulinich). Vorozhbit veers towards torture porn as the woman is punched in the face. Her sadistic captor boasts about his love of inflicting pain and taunts her with vivid, horrifying descriptions of the treatment she can expect from him and a dozen others. Her only defence is reverse psychology in which she tries to befriend him and make a connection with any shred of humanity that he may have left.

Vorozhbit spares us nothing of Stas’s brutality and leering threats, which renders his subsequent slide into philosophical chit-chat and political argument all the more difficult to accept. The stage origins of Bad Roads seem most apparent in this third tale, an intense two-hander played out in a claustrophobic setting. The constant drip of a tap provides the soundtrack to an ordeal that feels without end.

In the final story, a young woman (Zoya Baranovskaya) accidentally runs over a chicken. She approaches a farmhouse determined to do the right thing and offer an old couple compensation for their loss. Darkness surrounds them, which starts to feel like the introduction to a horror film in which an innocent victim finds herself in the wrong place at the wrong time. Once again, a situation twists in a heartbeat. A simple act of apology is lost to the couple’s cynicism and greed. It is a final illustration of how thoroughly the well of human compassion has been poisoned.

Bad Roads boasts an accomplished ensemble cast which does justice to a set of characters at the mercy of a cruel world. There are notable performances from Matrosova as the caring, nostalgic grandmother and from Koltovskyy as one of the few men still troubled by his conscience. He becomes a very rare creature as the horrors of life in Donbass unfold.