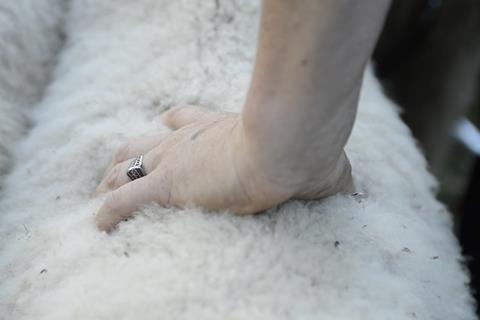 A French shepherdess sets out to learn about killing. As harsh as that sounds, her intentions are both practical and humane, and central to this touching, if sometimes discomforting portrait of a woman who embraces her responsibility for life and death every day. Vegetarians won’t wish to watch it; any lover of a lamb roast might want to think twice. But director Elsa Maury offers up an insightful and rewarding view of the shepherding life far removed from the bucolic idyll and which, in its way, is just as affecting as Michelangelo Frammartino’s award-winning Le Quattro Volte, in which goats famously stole the limelight.

The emphasis is on woman and herd, accentuating the bond or the crisis at hand

Maury’s subject is Nathalie Savalois, who manages her own herd of sheep in the Cévennes mountain range. She’s strong, resourceful, thoughtful. Savalois herself has written the text that punctuates the film (white on a black screen) in lieu of voice-over and on-camera interview, expressing her thoughts about her work.

She has dozens of animals, yet has given many a name alongside the necessary number (The Camel, Little Black One, Debussy) and knows something of their personalities. Much like a midwife, she remembers every birth; unlike a midwife, she may have to decide their time to die.

The film first establishes some of the natural dangers to her flock. It opens with a new-born struggling to live and a last resort straight out of Silence of the Lambs: Savalois skins an already dead lamb, using its fur as “pyjamas” for the other. Later, she has to put down a sheep after it has fallen and broken a leg. “This is why I need to know how to kill,” she laments, aloud, as she struggles to get proper purchase with a knife in the tangled bushes. When it has finally died, she drags the animal to the open and, with stunning pragmatism, cuts open its stomach. The vultures descend.

However, the chief reason Savalois wishes to add to her skillset, she writes, is because “I know it’s a privilege not to go to the slaughterhouse.”

Scenes in which she’s introduced to the bolt gun and the cutting and gutting techniques of the “ovine processing line” are not for the fainthearted. Savalois thinks she may be too attached to some of her sheep to do the deed herself. Yet she already has a farmer’s particular nonchalance towards eating her animals. One such is Etmoi. After practicing her cutting skills on him, Savalois has guests round for dinner, talking about the main course as one would a dear departed friend.

Maury barely uses establishing shots, with both the dry, tough landscape and the clinical slaughterhouse seen only in snatches. The emphasis is on woman and herd, accentuating the bond or the crisis at hand. Often the only sound is of bells. And by ending her film as it began, with a birth – an easier, enormously sweet one this time – Maury reminds us that we’ve been watching a cycle, of which the shepherd plays an essential part.