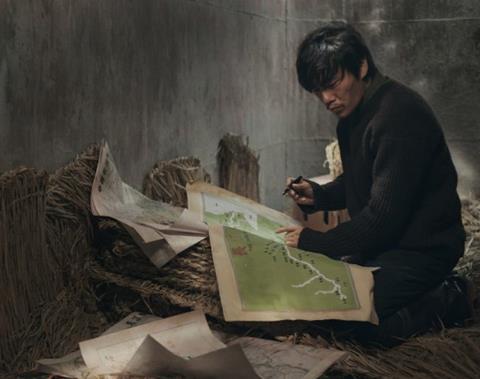 Crosscurrent pays back some of its viewer investment in the final quarter, when the battered hulk of a boat enters the Three Gorges Dam.

Yang’s languorous cinematic cruise centres on Gao Chun (Qin Hao), the moody captain of a rusty hulk who has been given the job of steering a clandestine cargo upriver from Shanghai to somewhere beyond the Three Gorges. His readings from a book of poems he finds on board, apparently written by a former crew member, break Chun’s 10-day journey into loose chapters, or cantos. Spending more time onshore in search of love than a captain rightly should, Chun seeks a rendezvous with the same elusive woman, An Lu (Xin Zhilei) over and over.

Chun inherited the job he seems to have little aptitude for from his recently deceased father, whose soul, we are told, will be at peace once a black fish his son has caught, put in a net and strung from the gunwale, finally dies. Chun is accompanied on the journey by wizened old Uncle Xiang (Jiang Hualin) and another younger family member, Wu Sheng (Wu Lipeng), but the trio only very rarely has anything resembling a conversation.

In Jiangyin, on day two of the journey, Chun cuts a deal with a sharp-suited Mafioso businessman, Luo Ding (Tan Kai), to ferry a cargo of fish upriver – code, we assume, for more risky merchandise.

Dashing in his city clothes, every inch not the riverboat captain, Chun has already spied the mysterious An in a houseboat moored on the wide Shanghai stretch of the river. The city is a distant, smoggy vision; the river a sea crowded with ferries, cargo ships and tankers that advance menacingly to the low growl of their engines.

In Jiangyin, where An works, it seems, as a prostitute, she and Chun have their first, steamy sexual encounter. Locations of further upstream meetings include Tongling, a semi-abandoned island submerged, Chun’s voiceover tells us, in the floods of 1998, and an ancient Buddhist temple, an echo chamber of dark passages where he hears her pose existential questions to a bored monk. According to the pressbook and a couple of voiceover comments, Chun’s elusive everywoman gets younger as he journeys upriver; there’s little evidence of this in her appearance.

An almost drama-free film whose Berlinale press screening prompted a steady leak of walkouts, Crosscurrent pays back some of its viewer investment in the final quarter, when the battered hulk of a boat enters the Three Gorges Dam. As it does, we’re inevitably reminded of Jiang Zhe’s much finer Yangtze-based portrait of contemporary China, Still Life, which for all its dreamlike, visionary quality, had a script behind the poetry. But by now, lulled by the gentle rocking of an oneiric, Buddhist-inspired upstream journey, we can enjoy Mark Lee Ping-bing’s evocative photography – grainy, smoky, very different from his limpid, classical work on The Assassin – and a moody score of cello-heavy classical and darkwave numbers, safe in the knowledge that the source, and the end, is close at hand.