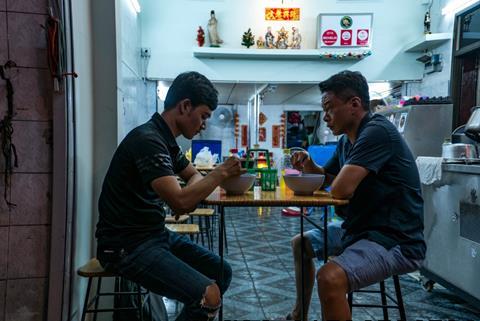 In a film lasting a shade over two hours, consisting of just 46 separate shots, the undisputed emperor of Taiwanese slow cinema crafts a ravishing, wordless story of urban loneliness. As always with Tsai Ming-Liang, the film’s glacial pacing and less-is-more approach to plot will challenge all but the most resilient film lovers. But compared to the projects that have kept him busy in the past seven years, Days is an action movie.

Tsai’s enigmas are all the more resonant for their reticence

Tsai’s last proper narrative feature, Stray Dogs, played in competition in Venice in 2013. Since then, he’s focused on a series of short and medium-length works, from ‘Slow Walk’ films like Journey to the West (2014) to two recent forays into VR, The Deserted (2017) and Light (2019). As much single-screen installations as films, these were confined to festival and art gallery slots. Days should buck that trend, and will likely nudge its way into a few limited arthouse engagements after further festival play. Perhaps it won’t just be grizzled old cineastes who go see it – in a 2019 Guardian interview, Tsai claimed that he was finding a new audience in Asia among young people who are looking to detox from their everyday information overload.

A scholarly article on Tsai’s work from a few years back was titled “Enduring the long take”. We are required to do just this, repeatedly, in Days, which follows two unnamed men; the first a middle-aged melancholic played by the director’s go-to actor, Lee Kang-Sheng (Tsai has never made a film without him), the second an apparently friendless young South East Asian man, played by Laotian immigrant and first-time actor Anong Houngheuangsy.

In the mesmeric opening shot, Lee’s character stares with placid sadness out of the window through which he is being filmed, the lashing rain and wind-tossed tree in the reflections that overlay his features somehow standing in for emotions he can’t or won’t show. The younger man is seen slowly lighting a candle at a makeshift shrine in a derelict building, before being filmed in what we assume is his own apartment; a dingy, almost bare space where he prepares food on coals in a traditional terracotta brazier that seems oddly out of place in this tiny, boxy modern room.

Days is prefaced with the caption “The film is intentionally subtitled’, but there’s very little dialogue for non Mandarin speakers to miss, and none at all in this delicately observed central sequence. The only sound, other than distant traffic noise, comes when, after their encounter, the older man gifts the younger one a small music box. The young masseur slowly winds the handle, and we hear Terry’s Theme from Chaplin’s Limelight – played so slow that each single note threatens to be the last.

Elsewhere, those familiar with Tsai’s oeuvre will recognise certain recurring themes and preoccupations. Lee’s character (like, it seems, the actor himself) suffers from persistent neck pain – just as he did, for example, in The River (1997) or Tsai’s mid-length VR work The Deserted. In Days, a sequence set in an acupuncture studio sees him undergo what looks like some rather painful moxibustion treatment for his condition via cylinders of dried mugwort that smoulder on the end of the needles bristling from his back. Another, rather beautiful scene in which the older man empties something into a small plastic tank before a swirling circle of coy carp suddenly appear in an apparently unconnected basin nearby reminds us of the white fish in The Deserted or What Time Is It There (2001), which may carry the reincarnated souls of the dead.

But perhaps Days’ most transfixing moment is a nocturnal long-shot of the side of a glass-fronted building that appears to be an abandoned office block. Dim lights glow from inside, but it seems to be otherwise abandoned – until we notice the silhouette of a cat, high up. Slowly, tail raised, it stalks across a line of windows, all but disappearing where the peeling, tinted laminate film that seems to cover the outside of the building is at its darkest. Are we the only observers, or is this a scene that one, or both, of the film’s lonely protagonists have witnessed? Is the cat, like that white fish, a spirit animal? We’ll never know – but then again, we probably don’t need to. Tsai’s enigmas are all the more resonant for their reticence.