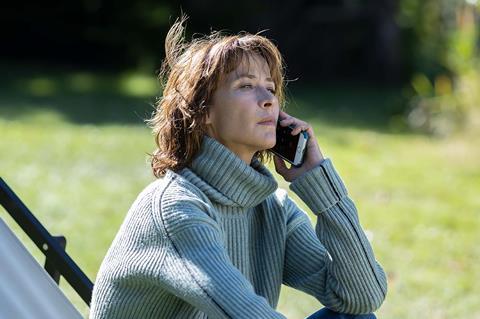 An elegy within an elegy, Everything Went Fine adapts Emmanuele Bernheim’s book about her tricky relationship with her elderly father as she helped him die — a story that Francois Ozon folds into a tender tribute to his frequent collaborator, who passed away from cancer in 2017. The matter-of-fact title clues the viewer into this picture’s subdued tone, which refreshingly refuses to succumb to the mawkishness and histrionics that usually accompany such an inherently sad tale. Instead, guided by Sophie Marceau’s spare turn as a daughter who loves her difficult dad despite everything, the film becomes an unhurried meditation on family and the closure we will never get with our parents — even as mortality encroaches.

Set for release in France in September, this Cannes competition selection should speak to adult audiences — in particular, anyone who has said goodbye to an ageing mother or father. Everything Went Fine could benefit from the awards-season visibility of the slightly-similarly-themed The Father, and a supporting cast including Andre Dussollier and Charlotte Rampling will only aid visibility.

Writer Emmanuele (Marceau) is startled to learn that her octogenarian father Andre (Dussollier) has suffered a stroke, requiring a lengthy hospital stay and no assurances that he will ever fully recover. Both she and her close sister Pascale (Geraldine Pailhas) visit him, but Andre takes Emmanuele aside to announce that he wants her assistance in ending his life. Emmanuele assumes this feeling will subside, but he insists he has made up his mind.

Cannes veteran Ozon worked with Bernheim on pictures including Swimming Pool, but although Everything Went Fine is dedicated to her memory, it’s not a noticeably sentimental drama. Taking a cue from the stoic Andre — “No crybabies!” he barks when anyone around him gets teary-eyed — the film has an almost procedural quality as Emmanuele researches how someone can seek euthanasia legally. (As she discovers, it’s a complicated undertaking if you live in France.) There’s not even much of an attempt on her part to talk Andre out of his decision — indeed, Everything Went Fine projects an air of finality. Andre’s wish will be granted — it’s merely a question of how easy it will be to accomplish.

Through brief, judiciously implemented flashbacks, Ozon provides snapshots of Emmanuele’s relationship with her father and mother Claude, played by Rampling, whose character has Parkinson’s and very little affection for her husband. (That rancour probably stems from the fact that Andre is gay, and apparently had male lovers on the side.) Clearly, Andre’s actions often hurt his family — Dussollier is nicely unlovable in the role — and for her part Emmanuele has simply learned to tolerate his stubbornness and brusque manner, qualities which have only been exacerbated by the stroke. With superb understatement, Marceau communicates Emmanuele’s seemingly inexhaustible patience, while hinting at all the unresolved feelings she has about this impossible man.

Everything Went Fine eschews emotional fireworks in favour of nicely observed small moments, like Emmanuele’s choice to keep her father’s half-eaten sandwich in her refrigerator, almost like a memento — or how Emmanuele and Pascale will quietly wrap their feet around each other’s while sitting anxiously in the hospital waiting room. Ozon lets these graceful scenes express all the pent-up pain and devotion that course through most families, suggesting that Andre’s current decision is just the latest to impact his daughters, who have turned to each other for support.

At the same time, Ozon’s connection to Bernheim introduces an added layer of poignancy. With her father seeking euthanasia and her mother in grave condition, Emmanuele is surrounded by the nearness of death, and Marceau makes that realisation slowly sink in for her character. Trying to be a good daughter, Emmanuele dedicates herself to completing her father’s unorthodox request, demonstrating true love in the process. Ozon and Marceau honour the late author by admiring her strength during those difficult circumstances. This gentle film ends with one person’s passing, but it’s a good bet many viewers will be thinking of another’s as well.