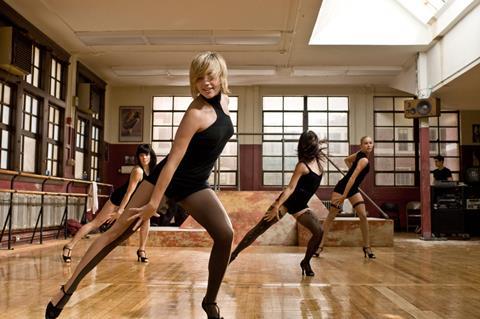 The notion of fame has evidently changed in the 30-odd years since Alan Parker made Fame. In his Oscar-nominated film, gifted students at a New York school for the performing arts were told that fame costs, and they were going to pay for it – famously, in sweat.

Fame is cheap these days, however, and early on in this “re-imagining” of the “franchise”, Debbie Allen - now raised from dance teacher to the school’s principal – warns 2009’s batch of wannabes that “you’re here to learn how to be a performing artist, not for fame.” “Success is not fame,” she adds, later on.

But really, the title is the same and so, pretty much, is the story: what’s gone, thankfully, are the cheesy legwarmers of the 1982/83 MGM spin-off TV series – this is no primary coloured High School Musical.

Tancharoen uses the stories as a simple springboard to some rousing dance sequences and interesting turns in the classroom from Neuwirth and Mullally in particular.

Fame instead is infested with the grittier spirit of Parker’s original; the storylines are by-now hackneyed and there are far too many for any one to have a real impact. But this can easily be overlooked in film’s “let’s put on a show” rush towards infectious dance routines, expertly choreographed and imaginatively-visualised.

In fact Fame’s overall look (darker, grainy filters, slow-mo, split-screen) gives it an edgier feel and a shot at the Step Up crowd, despite the bland script. For this picture is unable to match the real-life drama of American Idol and countless other TV shows. Fans of the original won’t be offended by anything in here, or the chance to view it again with their offspring – for the older demographic, first-time director Kevin Tancharoen and his team have added some sprightly cameos from Kelsey Grammer, Bebe Neuwirth, Megan Mullally and Charles S. Dutton as the academy’s teachers. Going out wide domestically on September 25 – and day and date in some territories including the UK – this will test whether the 80s revival has cinematic legs.

Fame is structured in four parts – freshman, sophomore, junior and senior years at the performing arts school – and the storylines are split several ways (the characters are not the same as the 1980 film; no Leroy stands out either).

But former choreographer Tancharoen hasn’t been gifted with much in the way of plotting here and rightly uses their stories as a simple springboard to some rousing dance sequences and interesting turns in the classroom from Neuwirth and Mullally in particular. (Charles S. Dutton comes off slightly worse, telling the students “there’s no room in the theatre for cowards!” or “get out of your brain, Jenny!” Kelsey Grammer, as a piano teacher, chimes in with the achingly predictable: “You’ve got talent – let’s see what we can do with it.”)

But Tancharoen’s background shows and steps in to save the film: highlights include an infectious rap in the canteen, a Hallowe’en “Carnevil”, and a show-stopper in a club, courtesy of Naughton. The final, graduation, performance, can’t really match, and there is a tendency throughout the picture for Madonna-style crotch shots as the dancers leap into the camera, more MTV-suited, perhaps, than a giant cinema screen.

Irene Cara’s legendary theme tune doesn’t surface until the closing credits; Fame’s all-new score is a surprise at the get-go, but ultimately a welcome one.

Allison Burnett, based on the motion picture Fame, written by Christopher Gore.