A history of the image, via the moving image 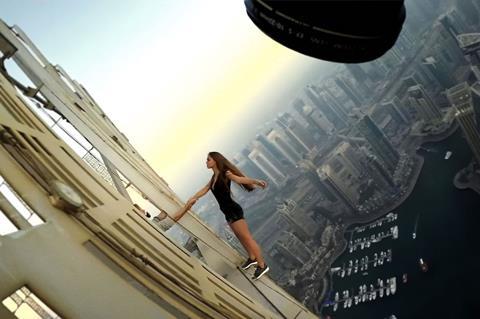 Seeing is believing in Fantastic Machine, an entertaining, whistle-stop tour through two centuries of image-making from the first precious photograph to an era in which everyone is a potential ’content provider’. The debut feature from Axel Danielson and Maximilien Van Aertryck raids the archives for bite-sized reflections on technological advances and their impact on the way in which we see the world and each other. A wealth of material is tightly packed into a trim running time that inevitably favours breadth over depth, but this sharp, stimulating essay should attract documentary channels and perhaps some specialist distributors.

Danielson and Van Aertryck have given themselves a huge amount of ground to cover as they consider the science, politics and ethics of the moving image.

Danielson and Van Aertryck previously earned attention for their short Ten Meter Tower (2016).  Danielson is one of the partners in Plattform Produktion, the company behind Palme D’Or winner Triangle Of Sadness (2022); Ruben Östlund is one of this documentary’s executive producers, which should help to further elevate the film’s profile.

No matter how things change, everything stays remarkably similar and it doesn’t seem that big a leap from Georges Melies’s innocent illusions to the era of fake news. Melies’ The Coronation Of Edward VII (1902) was staged in a studio in France and premiered the same day as the real ceremony. The King was impressed and his approval provides this film with its full title: And The King Said, What A Fantastic Machine.

Danielson and Van Aertryck have given themselves a huge amount of ground to cover as they consider the science, politics and ethics of the moving image. They are following in the steps of giants (Marshall McLuhan, Noam Chomsky etc), and some of the overview is familiar as they trace a path from still images to moving images, innovation to exploitation. They do unearth some nuggets along the way, however, including a 1993 interview with Lena Riefenstahl explaining the techniques she used in her propaganda landmark The Triumph Of The Will (1934) and an interview with British executive Sidney Bernstein who was among the first to film at the Nazi concentration camps. His instructions were to film everything that would document the atrocities and prove these events had happened. An authentic film record was seen as a means of permanently silencing anyone from Germany and beyond who sought to deny the Holocaust.

Danielson and Van Aertryck acknowledge the value of moving pictures as a way to capture and record history, and a means of opening up the world to all viewers. They then move on to the rise of television and the way images are used to sell products to consumers. And the increasing democratisation of the moving image creates a world of limitless options in which the antics of playful cats competes against the plight of desperate refugees for our attention.

Everyone can be a chronicler of their own lives now, all shades of opinion flourish in the echo chamber of bloggers, vloggers, You Tube sensations and Tik Tok influencers.  We are told that there are 45 billion cameras in the world and 500 hours of ’content’ are created every single minute. Fittingly, Danielson and Van Aertryck confront us with an abundance of information, ideas and connections, thus creating a film that could serve as a great primer for further debates on the changing power and influence of images down the decades. You have to wonder if King Edward VII would be quite as enthusiastic about the medium today.