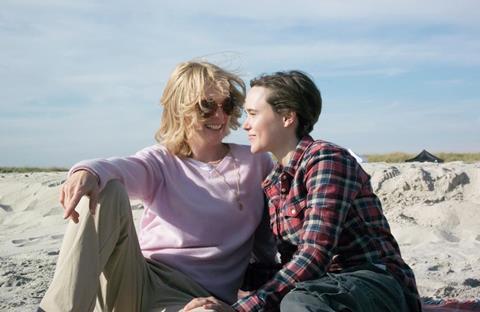 Freeheld revisits the battle by a dying New Jersey police detective, Laurel Hester, to transfer her pension to her domestic partner at a time long before marriage equality was law. A dutiful but bracing docu-drama, it couldn’t be more in tune with the US zeitgeist today.

Freeheld has some major movie stars - Julianne Moore, Ellen Page, Steve Carell, - which may explain how it got made, but its by-the-book dramatisation of a cause celebre is not a film for film critics, following instead the conventions of the standard topical television drama. That approach should aid rather than hurt it in the broader marketplace.

Whether or not Freeheld becomes a commercial hit, its Oprah-ready story will ensure a torrent of talk-show press attention. As a result, some politicians could find it harder to take anti-gay positions, which was the goal of the filmmakers and of Hester’s original campaign before her death in 2006 at the age of 49.

Hester’s story, adapted here by scriptwriter Ron Nyswaner, has been seen on the screen since Cynthia Wade’s 2007 film on the case won an Academy Award for a documentary on a short subject. A detective with more than 20 years on the force, she was diagnosed with lung cancer. She petitioned the Freeholders (council) of her New Jersey county to transfer her pension to her officially registered domestic partner, Stacie Andree. The panel of five men denied her petition at a private meeting. Hester, her partner and gay activists went to the press and the public to change that verdict.

Freeheld (a play on the freeholder term) gives us that battle in basic boilerplate.

Directed by Peter Sollet, once an indie ingénu with Raising Victor Vargas (2002), the film gets the tears flowing, as Julianne Moore, playing Hester and Ellen Page, as the much younger Andree, plead for decent treatment and simple justice.

Until a few weeks ago, that battle seemed a fait accompli in most of the US. But the recent refusal of a county clerk in Kentucky, on religious grounds, to issue marriage licenses to same sex couples, gives Freeheld a massive publicity infusion that money couldn’t buy. The film’s performances also lift an earnest tale above standard issue moralism. Moore first plays Hester as a bland lonely awkward cop, with outdated Farrah Fawcett perm curls, and then takes her, head shaven, to the coughing and wheezing end of a gruesome illness. She and Page (who co-produced) leave no doubt about the women’s loving bond.

Michael Shannon, chameleon-like as ever, is every bit the hard-bitten New Jersey detective as he plays a work partner who risks his own career fighting for fairness in a male fiefdom.

Freeheld is also saved from screen agit-prop by an improbable and hilarious Steve Carell, who plays the extravagantly aggressive gay activist Steven Goldstein, a self-described ‘loud gay Jew.’ As the gadfly Goldstein, Carrel’s political theater makes life a living hell for the wary freeholders, and his calculated outrageousness reminds us that shame and attention can be crucial to making intransigent politicians listen to reason – and that theatrical humour can sway the public far more effectively than the drone of a megaphone.  Given the prominence of gender equality in politics and the news, Carell’s comic campaigner could put him in line for supporting actor awards at year’s end.

Shot ably by the veteran DP Maryse Alberti, Freeheld has a solid television look which, like so much that’s ordinary about the film, won’t work to its disadvantage. Hester’s goal was to convince politicians that gay people are like everyone else. In its ultra-mainstream style, and now in its argument for equality (which most of America endorses today), this solidly acted drama drives that point home.