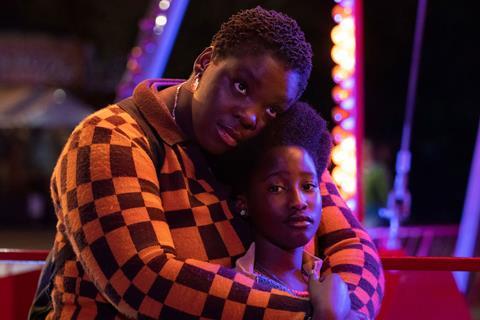 Girl, the Glasgow-shot debut from writer-director Adura Onashile, is big on the two Ts that often form the baseline of low-budget British drama— tenderness and trauma. But the third T at work here is texture and, even when the narrative loses momentum, the visual richness of this nonetheless spare, economical work has a gorgeously mesmeric quality. The story of a loving but strained relationship between an African immigrant and her young daughter, this is the first feature from playwright and sometimes stage actor Onashile, a 2021 Screen Star of Tomorrow. Following her 2020 short Expensive Shit, based on her stage play, Onashile is bound to boost her profile when Girl makes its debut in Sundance’s World Cinema Dramatic Competition. And despite a unhelpfully generic title – it’s not to be confused, for example, with Lukas Dhont’s 2018 trans drama – this Girl should have healthy prospects in a receptive climate for contemplative, aesthetically fine-tuned UK cinema following the success of Aftersun.

Confidently establishes its own mode of visual poetry

The film centres on a daughter-mother duo, 11-year-old Ama (newcomer Le’shantey Bonsu) and Grace, played by Déborah Lukumuena, the César-winning French discovery from 2016’s Divines, recently seen opposite Gérard Depardieu in Robuste. The two live in a Glasgow block, and are deeply bonded: we see them huddled together in a flat painted in warm colours – browns, ochres, purples – suggestive of a safe, earthy nest. But Ama is confined to quarters and missing school, while Grace, who works at night as a cleaner, is deeply anxious in the outside world, obsessively counting as she walks. Abrupt close-ups of a blue-lit club crowd, or a cigarette in a man’s mouth, indicate her sense of an inhospitable world, where even birds overhead seeming to signal danger. Grace carries deep psychological scars, and flashbacks eventually indicate that the dangers in her past are real – as, we soon understand, are those of those present.

After sounding the alarm on a local emergency, Ama catches the eye of a neighbour her age, Fiona (Liana Turner), and when she returns to school, the two become inseparable. Then she and Grace are moved into new accommodation, where – despite friendly gestures from a hotel manager (Danny Sapani) – Grace’s anxiety mounts further, as Ama shows determined signs of independence.

A central asset of Girl is Lukumuena’s performance, a world away from the comic register of her previous roles: her Grace functions predominantly in a mode of muted watchfulness and mounting unease, her physicality suggesting a woman with the weight of the world, and of her past, on her shoulders. Lukumuena and Bonsu share a winning, intimate chemistry, even as Grace’s protective love tends to oppressiveness. The two girls also work well together, with Turner’s Fiona suggesting a vulnerable spirit of sly mischief.

Dramatically, though, the film feels slightly underdeveloped – although it’s evident that Onashile is more interested in internality and subtle emotional shifts than the obvious gratifications of a highly engineered narrative. Atmosphere and imagery speak more than event, although occasionally Onashile overplays her hand with visual symbolism – notably, with a little winged horse ornament. She doesn’t entirely avoid the obvious, either: the scene where the girls sneak into a show home and act out a fantasy of the gracious life feels like something we’ve seen before in other contexts, although it’s consistent with the overall theme of elusive domestic happiness.

Overall, though, the film confidently establishes its own mode of visual poetry. Together with cinematographer Tasha Back and designer Soraya Gilanni Viljoen, Onashile creates a world that feels both self-enclosed and extremely focused in small details: from the glimmering points of multi-coloured light that fill Glasgow’s night sky to a close-up of Fiona’s nail varnish in a very specific shade of luminous green. Ré Olunuga’s elegantly layered score of strings and choral voices enhances the lyrical impressionism to sometimes tender, sometimes subtly unsettling effect.