'God Of The Piano': Rotterdam Review 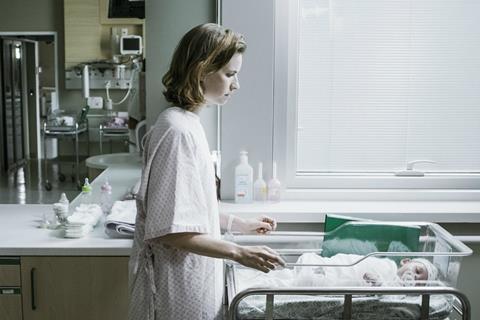 God Of The Piano

When she’s told that her newborn son is deaf, concert pianist Anat (Naama Preis, extraordinary) resorts to desperate measures to ensure that her child can hold his own within her competitive, musically accomplished family. This stylish first feature negotiates its themes – the overlap between parental ambition and borderline abuse, what it means to be labeled ‘gifted’ – with the same control and precision that Anat and her family bring to their chosen profession. But there is also a cagey restraint here; like Anat, the film guards its secrets jealously. The result is genuinely impressive: this is storytelling which is as enigmatic as it is compelling. Not surprisingly, the use of music throughout is superb.

The obvious comparison, both in the rarefied milieu and in the atmosphere of high achieving disfunction, is the work of Michael Haneke. While the self harm in God Of The Piano is mental rather than physical, there is a clear tonal harmony with Haneke’s The Piano Teacher. There are loose parallels, too, with the simmering of thwarted ambition in Denis Dercourt’s The Page Turner. Festival interest is certain and, given critical support and a committed distributor, this elegantly chilling drama could achieve moderate returns theatrically.

An opening sequence tells us almost all we need to know about Anat. Her waters break during a concert but rather than stop, she moves her shoe slightly, out of the pooling fluid which heralds the imminent birth of her child, and continues to play. The scene that follows is almost as revealing. As her father and brother drive her to hospital, they discuss the technique of the pianist to whose performance they are listening in the car. Only as an afterthought do they enquire how Anat is doing as she pants through her contractions on the back seat. Music is everything.

Handed her newborn, Anat checks his fingers before anything else, and beams with relief when they pass muster. The news that her son, Idam, is hearing impaired hits her like a physical blow; denial kicks in shortly afterwards.

But five years later, Idam is showing great promise as a pianist and is already booked to play his first public show. Anat, meanwhile, has not returned to her concert career. She hides the shake in her hands from everyone but her son, and she channels her own ambitions into the child. It’s not just the trembling hands that reveal her stress. Preis seeds her performance with revealing tells – like the way Anat touches her ear when she is unsettled – which hint at turmoil beneath her self-possessed shell.

Like Anat, the backdrop to the story gives a surface impression of refined restraint. The colour palette is subdued; shades of beige and slate grey are recurring themes. But Tal reveals in subtle glances and casual comments the toxic dynamics in a family in which the closest relatives are also the bitterest professional rivals.

Particularly strong is the scene in which Anat’s father, newly promoted at the national school of music but himself overshadowed by his brother, gives the 12-year-old Idam a piece of music that he wrote when he was around the same age. There’s a horror, then a hardening of his expression, as his grandson not only plays the piece but improves upon it. And its at this point that Anat’s monstrous approach to mothering, her drive to push the child to succeed at all costs, starts to make sense.

Production company: The Steve Tisch School of Film and Television