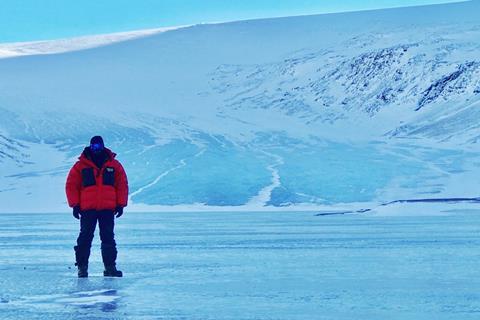 Eleven years after their first collaboration, on the climate change documentary The 11th Hour, director Leila Conners reunites with Leonardo DiCaprio — who serves as producer and narrator — on another film which deals the threat of environmental catastrophe. The sobering message remains the same, but the focus this time is on the cutting edge research methods which might just be able to tackle or even reverse the escalating climate crisis. There is hope, the film argues, but, as DiCaprio’s voice over stresses, the time for ignoring experts is over, and the time for action is now.

An intelligently structured series of arguments repeatedly take the audience to the brink of despair, before pulling back with a glimmer of optimism

Given humanity’s alarming capacity for tuning out the stuff with which it doesn’t want to engage, this slick documentary, which coats its doomsday scenario pill with a sugaring of science as saviour, might be the best chance yet to bring the message to the broader population. The film, which debuts on HBO on June 11, should be essential viewing for anyone who plans to carry on living on the planet; its approach, while never patronising or simplistic, manages to convey the scientific basics in a way which should not be entirely alienating to a lay audience.

Coming as it does in the wake of a rise in public and political awareness of the issues, thanks to the protests of pressure groups like Extinction Rebellion and schoolgirl lobbyist Greta Thunberg, the film should find a receptive audience. The worry is, however, that it may just be preaching to the converted.

Conner’s polished factual filmmaking combines numerous expert interviews, explanatory graphics and perhaps a few too many drone shots of glaciers, redwood forests, tundra and urban sprawl. The assumption of little-to-no basic knowledge of climate science breaks the audience in gently for a far-reaching appraisal of current potential strategies to tackle the issue.

It’s an intelligently structured series of arguments which repeatedly takes the audience to the brink of despair, before pulling back with a glimmer of optimism. What the film fails to do is to underline the contributions that the ordinary citizen can make. There’s a sense of impotence which can come from relying entirely on another group of people to save the day, be they politicians or scientists, which is counter to the spirit of engaged activism and participation which increasingly characterises the green movement.

Solutions to the climate crisis, the film argues, have predominantly focused on renewable energy. But given that the figures suggested by the Paris Climate Agreement are increasingly looking like pipe dreams, other methods will be needed. These include various methods of carbon capture, oyster and kelp farming (cows fed on seaweed apparently produce 90 percent less methane, one of the most aggressive greenhouse gases) and Harvard-produced artificial and bionic leaves which can theoretically change carbon dioxide into fuel. Meanwhile, new green methods of power generation include tidal and salt water energy production.

The film acknowledges that powerful voices with vested interests in the fossil fuel industry continue to muddy the waters of climate science – one researcher insists that those involved in climate change denial are committing crimes against humanity which should be tried in the Hague. And although he is not mentioned by name, a clip of Trump honking on about “Bringing back coal. Clean coal.” is a chilling reminder that the odds are not exactly stacked in the favour of common sense. But given that money talks to the people who would otherwise not bother to listen, the fact that the industries which provide solutions are now more profitable than those which contribute to the problem gives a glimpse of hope.