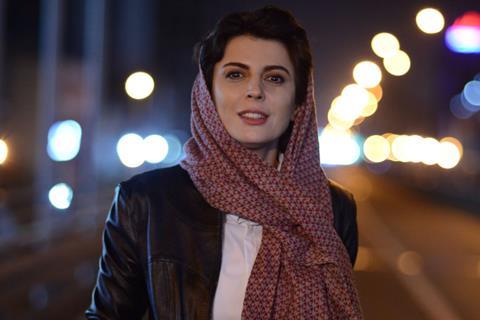 An enigmatic study of two characters whose lives only intersect during their shared nocturnal cab rides across Tehran, Imagine encourages the viewer to embrace the story’s air of mystery — its playful refusal to pin down precisely what is taking place. Writer-director Ali Behrad presents us with a woman and a taxi driver — neither lead is given a name — and then follows them over the course of several vignettes, each encounter seemingly serving as a reset between them. Indeed, the film’s title feels like an invitation to create one’s own meaning out of the narrative and, as such, Imagine works best as a wistful tease, not adding up to much beyond an ephemeral meditation on love and longing.

This light drama screens as part of Critics’ Week at Cannes, featuring A Separation’s Leila Hatami as the unknown woman who captivates the driver, played by Mehrdad Sedighian. Sympathetic reviews could help build awareness, but Imagine may struggle for substantial theatrical engagement.

The film begins at night-time as The Cab Driver (Sedighian) picks up The Woman (Hatami), who has just ceremoniously scattered the ashes of her deceased brother. They get to talking about life and relationships, which sets a pattern for the rest of Imagine. Again and again, the woman gets into his cab, informing him of what’s going on with her. The amount of time between encounters is never specified, nor is it clear how much they know about each other beyond these rides — or even if they are aware of the other person’s name.

Behrad doesn’t answer many questions in his feature debut, letting the after-hours setting infuse Imagine’s sensibility. Indeed, there is a dreamlike tone to the proceedings — a sense that some (or, perhaps, much) of what we are watching isn’t actually occurring. A couple of overt fantasy sequences drive this point home, but elsewhere Behrad intentionally eschews the usual narrative conventions that help orient a viewer within a story. In one encounter, the woman is part of a band that’s reuniting. In another, she’s heading to the airport to take off for an archery competition. One time, she is leaving her groom at the altar — next time, she’s facing a pregnancy scare. The clear discontinuity is never acknowledged by the characters or the filmmaker, which gives this slim picture a freewheeling looseness.

In interviews, Behrad has talked about what is meant to be going on during Imagine, but audiences are advised to avoid those explanations as what is especially appealing about his mood piece is the opportunity to fill in the blanks yourself. The two actors help by playing their characters with a concreteness that grounds the otherwise logic-resistant narrative. Hatami brings a melancholy undercurrent to her performance, the woman in the back of the cab always just out of reach of Sedighian’s cab driver, who listens and offers feedback, never fully connecting with her world. You could call Imagine a hesitant romance, except even that description makes assumptions about what’s happening during these interactions, almost all of them taking place inside the taxi; two strangers riding around Tehran, their faces illuminated by streetlights.

Befitting its experimental nature and spare 78-minute runtime, Imagine is little more than a gentle sigh — a resigned shrug about the impossibility of finding one’s soulmate. Behrad’s debut is all about atmosphere, and the repetitive nature of the narrative can try one’s patience, leaving the viewer with little to grasp onto. But as an attempt to visualise the electricity of chance encounters and the hopelessly swooning spirit of night-time adventures, Imagine offers enough fleeting pleasures — it’s a memorable ride, even though Behrad provides no signposts along the way.