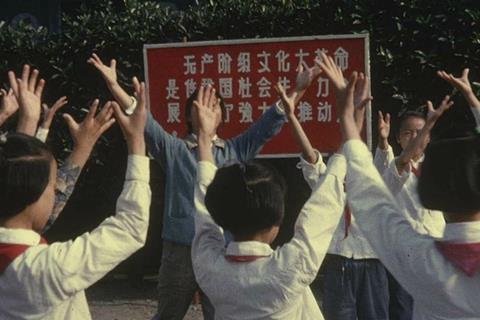 In The Intense Now

Deftly compiled from found footage dating back five decades, In the Intense Now dives headfirst into the feverish political fervor of the late 1960s: of May ’68 in Paris, the Prague Spring, protests against military dictatorship in Brazil and China’s Cultural Revolution. Street marches, crusading students and rousing slogans fill the screen with scenes of passion, with director João Moreira Salles sharing their zeal. The Entreatos and Santiago filmmaker’s calmly toned, poetically phrased narration might seem to indicate otherwise, but his immersive cine-essay-style documentary unreservedly evokes its title — its intensity not only evident in its chronicle of the past, but in its clear parallels with the present.

The film proves the product of an contemplative, incisive eye

Salles lets thoe parallels arise organically in viewers’ minds via every fight against power, every outspoken youth leading the charge, and every response from the establishment; be it televised speeches, military occupation or forced displays of conformity. It’s not difficult to join the dots, but it’s an approach that never underestimates the film’s audience or the strength of its bustling, heaving material (a shrewdly edited collection of mostly black-and-white amateur clips, newsreel and previous films, plus his own mother’s holiday videos from China). Accordingly, the feature’s prolonged festival play is far from surprising, with Hong Kong its latest stop on a global tour.

That In the Intense Now dedicates the bulk of its running time to France is similarly expected, with the well-documented events of 50 years ago gifting Salles a treasure trove of footage. Flitting between demonstrations, recorded addresses and interviews from both sides gives rise to highly relevant observations and intriguing asides — and even when they’re obvious, they’re astute.

Contrasting Daniel Cohn-Bendit’s standing as the young, personable pseudo-leader of the uprising with Charles de Gaulle’s official addresses leads to a fascinating throughline about control and commodification. Cohn-Bendit takes a Paris Match-funded trip to Berlin, for example, which threatens to reduce his cause to photo opportunities and magazine fodder. A comparable train of thought emerges when Salles explores the movement’s turns of phrase. The assertion that some slogans stemmed from advertising professionals’ pens certainly paints evocative expressions like “under the paving stones, the beach” in a different light.

Here, as in his other interweaved sections, the film doesn’t endeavor to recount history but to probe it: why the various uprisings occurred — or didn’t, in China’s case — is less important than what each really meant for the people affected. Of course, its conclusions come with the benefit of hindsight. As Salles comments early in the piece, in a statement that doubles as plea for his audience’s close attention, people don’t always know what they’re witnessing.

As such, the lack of women and minorities on the Parisian streets, the different perspectives in two separately shot recordings in Prague and the aspects overlooked by his tourist mother during her Chinese trip all come to the fore, the film pondering the act of recording as much as the events contained within its frames.

Diving into his family archives couldn’t emphasize his point better, but not always in the manner intended. Salles doesn’t ignore the things his mother missed, but he doesn’t scrutinise her contributions with the same thoroughness either. The film may still prove the product of an contemplative, incisive eye but — like the imperfect perspectives it folds into its 127 minutes — sometimes it too falters.