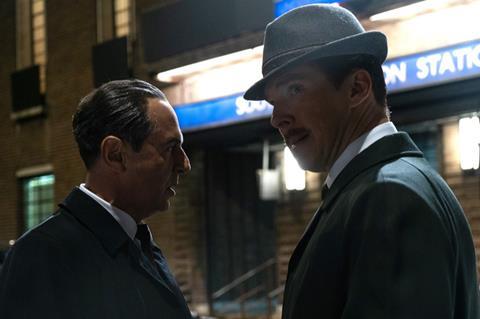 Ironbark has a ripping story to tell, but not always the most gripping way to tell it. Intelligent but stodgy, director Dominic Cooke’s sophomore feature following On Chesil Beach brings us the remarkable true tale of an ordinary British businessman who worked with a Russian officer to pass Soviet nuclear secrets to the West, in the process helping to deescalate the Cuban Missile Crisis. This spy drama is bolstered by Benedict Cumberbatch’s stripped-down performance, and there’s plenty of pungent Cold War suspense to savour. And yet, Ironbark feels like a bit of a missed opportunity: The earnestness doesn’t necessarily do justice to the inherently absorbing material.

Launching at the Sundance Film Festival, the period thriller will hope to capitalise on Cumberbatch’s stardom, as well as that of the movie’s international supporting cast, which includes Merab Ninidze, Rachel Brosnahan and Jessie Buckley. The real-life intrigue should attract audiences, and fans of John le Carre-style spy-craft may be interested, too.

Set in the early 1960s, Ironbark details how Greville Wynne (Cumberbatch) is living a quiet life with his wife Sheila (Buckley) and their young son when he’s approached by MI6 and the CIA, which requests that he set up business contacts in the Soviet Union. Given no more information — the less he knows, the agencies figure, the easier it will be for him to remain inconspicuous — Greville meets Oleg Penkovsky (Ninidze), a high-ranking Soviet who’s fearful of his country’s ramped-up nuclear program. Soon, it becomes clear what Greville’s mission is: He’s to assist Oleg sneak classified Soviet intelligence across the border.

Working from Tom O’Connor’s screenplay, Cooke positions Ironbark as an old-school spy thriller — the kind in which sombre men in dark suits walk foggy city streets at night, constantly checking over their shoulder to see if they’re being followed. Sean Bobbitt’s cinematography and Suzie Davies’ production design emphasise the dank menace of Greville’s time in Moscow, where he can never feel completely safe even as he starts to earn a reputation as a businessman opening up opportunities for local industries with the West. Ironbark is superb in its depiction of time, place and general unease.

Cumberbatch and Ninidze’s rapport is also one of the film’s strengths. Not unlike the friendship that develops between Mark Rylance and Tom Hanks in a different type of Cold War thriller, Bridge Of Spies, Greville and Oleg find plenty of common ground, and there’s a deep respect between the two men that makes the audience fear for their well-being. Cumberbatch strongly articulates Greville’s anxiety about being way out of his depth with this intricate spy-craft, while Ninidze is a calming presence, even though his character realises how much he’s risking by betraying his homeland.

Ironbark demonstrates how Greville had to lead a double life — lying to his wife about why he’s in Moscow so often — and Cumberbatch illustrates how guilt torments the character. (Not helping matters is that Greville had previously established his untrustworthiness by cheating on Sheila years ago.) Still, Greville’s domestic troubles aren’t that interesting and, as the film rolls along, the inevitability of Soviet intelligence finally cracking down on Greville and Oleg leads to some familiar, bleak consequences.

Cooke doesn’t artificially amplify the stakes by incorporating car chases or fight scenes, but the movie’s lacklustre pace and exposition-heavy dialogue begin to weigh down the proceedings. The machinations of trying to spirit Oleg out of the Soviet Union — and for Greville to return one last time to fetch him — aren’t particularly riveting, and Ironbark’s extended final chapter, which involves Greville’s years-long ordeal in prison, becomes so arduous that it starts to border on overkill. (There’s no disputing the bravery Greville showed while locked up, but the film tips over into martyrdom near the end.

As the sympathetic CIA agent Emily Donovan who wants to do right by Greville, Brosnahan is solid in an underwritten role. The same could be said of Buckley, who must play the angry wife who can’t understand why her husband keeps traveling to Moscow when his family needs him in England. In some ways, Ironbark’s most compelling relationship is actually between Greville and Oleg; individuals from very different societies who had no idea how integral their bond would be in preventing nuclear war.