Oliver Stone returns to the scene of the crime 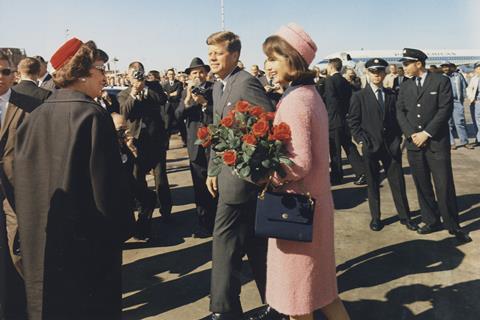 It’s edging ever-closer to sixty years since US President John F Kennedy was assassinated on November 22, 1963 in Dallas, Texas, and it’s exactly three decades since Oliver Stone released his film JFK. You don’t have to be a conspiracy theorist to realise that the Warren Commission’s report on the cold-blooded murder of this popular head of state was a whitewash: neither, though, do audiences want to endlessly revisit a stain on America’s soul that can never be cleaned. Oliver Stone doesn’t have the definitive answer to ‘Who Killed Kennedy?’. That’s not a surprise. What he does, have, though, is his well-honed craft as a film-maker and an enduring determination to expose the mendacity of those who surrounded the president, both of which make JFK Revisited an unexpectedly fascinating watch.

If Through The Looking Glass underscores anything, it’s how time hasn’t lessened this crime against the American people.

This is not a lesser Stone doc, in the way of the director’s recent hagiographies of global strongmen, but a crafted latticework of well-chosen footage, testimonies, and commentary from an array of talking heads - all old now, much as 74 year-old Stone himself appears grey-haired and slightly stooped during his occasional sallies into his own picture. He’ll have to overcome his dilution of his own reputation underlined by the currently-airing 10-part series on Kazakh dictator Nursultan Nazarbayev in order to convince audiences to tune in, but fond memories of JFK plus a quality presentation should prevail.  There is also some very forthright and provocative use of upsetting imagery regarding Kennedy’s death as Stone seeks to emphasise that this isn’t a dispatch from the tin hat brigade but a holding-to-acount for the brutal murder of a man who stood for change.

Stone is a knowledgeable, thoughtful guide to events, albeit one with a strong point of view, and this film is a cut above the streaming service doc standard which also plays very well on a big screen. Stone has become America’s conscience on the subject of JFK. As so many of the key actors featured are either dead or frail, this may be the last chance for audiences to appreciate the scale of the deception involved.

JFK, which prompted a move to release classified documents in the US, noted the effect Kennedy’s death had in prolonging the Vietnam War, in which Stone served as an infantry soldier. The director’s early, most garlanded feature work harks back to events in that theatre which were an indirect result of Kennedy’s assassination - Platoon, and Born On The Fourth Of July, both made in the mid-eighties. So Stone has always had skin in the game: Kennedy’s death had the greatest personal effect on him and his generation. This documentary does not sink down the what-might-have-been trap, but holds itself to the facts throughout. It’s precise and direct in its dealings, naming names, examining depositions, and, every now and again, flashing up post-mortem photography and the famous 8mm Zapruder film taken on Dealy Paza, which still has the power to shock.

The effect of Stone’s rigorous selection of archive footage is to bring the period back to life, which can be eerily effective. Even the intro, which moves from Kennedy’s ‘peace in our time’ speech to Jack Ruby’s murder of prime suspect Lee Harvey Oswald and the eternal flame at Kennedy’s internment, features well-known footage juxtaposed with close-ups on faces as a devastated population receives the news. This continues throughout a dense download of information, vivifying what happened and underlying the fact that the savagery of the execution of the US president is still almost unimaginable today.

The risible magic bullet gets a rigorous debunking. The Bay of Pigs is re-examined. Former head of the CIA and Warren Commission member Allen Dulles’s reputation, or what was left of it, is sunk. (Donald Sutherland, who played Mr X in JFK, narrates much of JFK Revisted alongside Whoopi Goldberg.) Even though so many questions can’t be fully answered, credible scenarios swim into view - although Stone has no real interest in the mafia, stressing more the political conspiracy (thus excluding Kennedy’s personal weaknesses, such as his indiscriminate philandering).

It may seem like we’ve heard it all before, but we certainly haven’t, or won’t ever, hear it all. Stone is right to burn this eternal flame, and if Through The Looking Glass underscores anything, it’s how time hasn’t lessened this crime against the American people or his personal quest for the truth.