‘Love According To Dalva’: Cannes Review 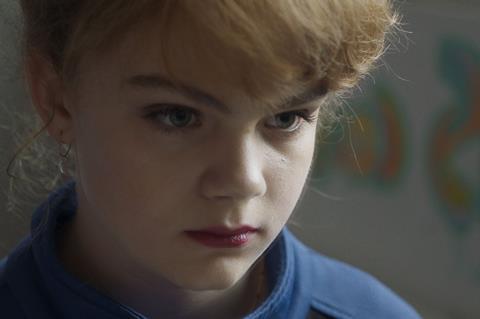 ‘Love According To Dalva’

A stark portrait of a 12-year-old child who has been groomed and programmed by her paedophile father, Love According To Dalva works as a coming of age in reverse. Baby-faced but dressed, as per her father’s preferences, in a caricature of cocktail chic, Dalva (Zelda Samson) finds herself in a home for at-risk kids following his arrest. Gradually, the little girl who believes herself to be a woman in love must find a way to be a child again, and to reclaim the years lost to abuse. It’s tricky material to cover without tipping over into the realms of sensationalism, but with this solid, if sometimes familiar, feature debut, Emmanuelle Nicot handles the film’s uncomfortable themes with sensitivity.

Nicot, who previously directed Snatched, a multi-award-winning short film, which, like Dalva, takes place in a foster care home, is also a casting director specialising in open call castings, a skill which she brought to this project and its impressive array of newcomers. There is an energy and authenticity in the spirited, if sometimes unpolished performances from the young actors which evokes that of La Mif. And while Dalva is formally and structurally a more conventional picture, it should connect to a similar audience to that of La Mif, both at further festivals and possibly through a curated streaming platform or limited arthouse release.

Before we even see Dalva, we hear her distress. As a team of police breaks into the home she shares with her father, she screams his name, “Jacques”, and lashes out at the officers who attempt to restrain her. But once she enters the frame, the camera finds it hard to tear itself from her face, a disconcerting child-woman blend which we see reflected in the sober, sympathetic gazes of the adults who have been assigned responsibility for her care. Key among them is Jayden (Alexis Manenti), her caseworker, who is clearly out of his comfort zone dealing with a child who has been conditioned to believe that she has been one half of a great love affair and, in being separated from her father, has lost someone that she views, not as an abuser, but as a parent, partner and the only security and constancy in her life. If the care workers find it hard to negotiate Dalva’s trauma, the other children at the youth shelter are less sensitive.

Her roommate, Sammia (a scene stealing Fanta Guirassi) is derisive of Dalva’s age-inappropriate style of dressing and, initially at least, is openly hostile to her. Dalva, meanwhile, can’t and won’t find common ground with kids her own age. She is fixated on seeing her father again, and, through force of will and a hunger strike, she gets her way. It is a chilling scene, with Dalva displaying herself in a lace backless mini dress for her father’s approval; him a deflated husk of a man who finds it hard to meet her eyes. But, initially at least, Dalva finds it hard to see him for what he is – a kidnapper and child abuser.

The stripped-down simplicity of the filmmaking – the score is subtly wafting and inobtrusive, the camera is firmly attached to Dalva and her point of view – means that the much of the weight of the storytelling is carried by the performances of the young cast. Of these, Guirassi brings an eye-catching abrasive energy to her role, and Samson is excellent, navigating Dalva’s emotional journey with honesty and insight.