‘Mariner Of The Mountains’: Cannes Review 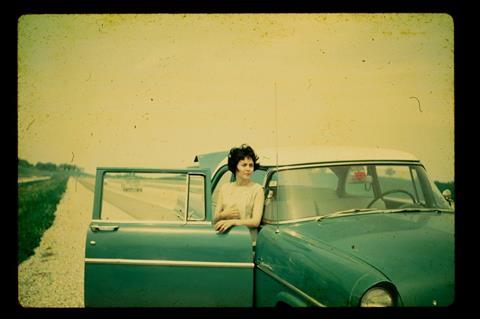 ‘Mariner Of The Mountains’

Exile was a central theme in Karim Ainouz’s stirring melodrama The Invisible Life of Euridice Gusmao (2019). It is also a key element of Mariner Of The Mountains (Marinheiro das Montanhas), a highly personal documentary essay in which Ainouz undertakes a sentimental first journey to Algeria. The trip brings him a clearer understanding of his family history and the story of his father’s homeland. A film that takes an increasing emotional hold as it unfolds, it should successfully navigate the festival circuit.

Mariner Of The Mountains begins with an on-screen definition of ‘calentura’, a kind of delirium said to have struck mariners during long voyages in hot latitudes. There is something of that fever dream quality to a documentary that blends strikingly beautiful shots of people and places with giddy swirls of abstract imagery, intense red colour filters and random disgressions. The end effect is like plugging directly into the jumble of thoughts and emotions that the 54 year-old Ainouz is experiencing.

Mariner Of The Mountains also feels like a lament for the director’s recently deceased mother Iracema, who is an invisible companion on his travels. The extensive voice-over is a letter to her as he speculates on the life she led and the questions he wished he had asked her. Along the way, we learn that Iracema and Ainouz’s father Majid split up when she was pregnant. Ainouz grew up in Brazil, never knowing the father who had returned to Algeria to fight in the war of independence. A significant element of Mariner is a reflection on what might have been. What would Ainouz have become had he grown up in Algeria?  Who would he be if a mother and a father had been present for him? The prospect of alternative lives tease and haunt him, lending the film a melancholic quality.

The journey begins in January 2019 on a “rusty old tub of an Algerian vessel” heading out to sea from Marseille. “If you were with me we would have taken the plane,@ he tells his mother. Ainouz captures all the banalities of his trip on his digital camera, from the unappetising food to the gloomy corridors below deck, the gentle roll of the ship and the constant dripping of a tap. The camera never leaves his side and we only see what he observes.

In Algiers, he captures a vibrant sense of life on the streets, surrendering himself to the moment and following where fate leads him. He is constantly met by curious, welcoming individuals from street vendor Abdul to a trio of unemployed youths, some merchants and a collection of street typists who fill out forms for people. His ultimate destination is Tagmut Azuz, the mountain village in Kabylia where his father was born. The prospect of meeting relatives and discovering he might have a right to land there brings home even more forcibly the different path he might have taken.

Throughout the film Ainouz gains a better understanding of the legacy that remains from the colonialist occupation of Algeria. Powerful black and white archive footage reflects the oppression of the past. He also provides us with more of the pieces of his parents’ story which he fondly describes as “like a love story with Audrey Hepburn and Jean-Paul Belmondo”. He underlines the point by playing ’Moon River’ on the soundtrack.

A true voyage of discovery, Mariner Of The Mountains ultimately beguiles with  its deft blend of personal and political and because of the beauty of the images that Ainouz finds along the way.