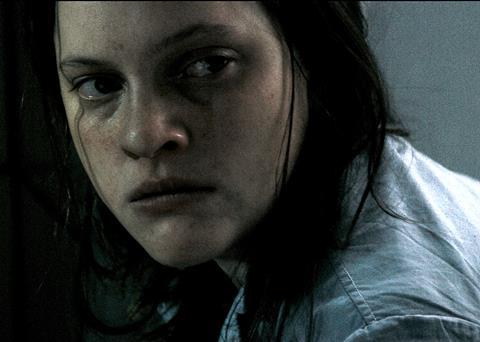 The case of the Butcher of Mons, a serial killer who slaughtered and dismembered a number of women and left parts of their bodies in bin bags by the road side between 1996 and 1997, was never solved. And while this failure was a blow to the family members and to Belgian law enforcement, it offers an opportunity for the writer and director Karim Ouelhaj. Megalomaniac takes the Butcher as a jumping off point for a film which spirals into grisly fantasy and macabre scenes of madness and cruelty. But while it’s undoubtedly an effectively nasty horror picture, linking this inventively unpleasant scenario to an actual case which claimed the lives of five women is perhaps in questionable taste.

The film’s malevolent ambience makes it a compelling watch, even when the plot has lost its last semblance of logic

But then good taste is not high on the list of priorities of film which kicks off with a birth scene so blood-drenched that it at first seems like a torture sequence. And audiences that prefer their films to unfold against a backdrop so unsavoury that even the air looks somehow filthy will find their appetites whetted and their stomachs curdled by Ouelhaj’s take on the Butcher’s legacy. It’s the fourth feature from Ouelhaj, who won several prizes including Best Short at the Brussels International Festival of Fantasy Film for his 30 minute horror L’Oeil Silencieux. Further festival screenings seem likely following it Fantasia premiere, particularly at genre events and in midnight slots. And Megalomaniac could find a home with specialist distributor, either in theatres on a streaming platform; the film has sold to several major territories including Japan and Germany.

The Butcher himself is a peripheral presence in this picture which imagines that he had two children, Felix (Benjamin Ramon) and Martha (Eline Schumacher), deeply damaged siblings who both, in their own way, are part of their father’s legacy. Felix, waxy-skinned and devoid of eyebrows, has taken over his father’s extracurricular activities, praying on solitary women and carving them up. He and Martha share a house – a huge groaning mausoleum of a place which seems to be stained by the horrors that it has witnessed over the years.

Martha, meanwhile, is equally troubled but more complex. She has multiple personalities, one of which may or may not be Felix. At her menial job as a night shift cleaner in a factory, Martha is the victim of abuse which escalates to rape. But she is also the perpetrator of sickening cruelties meted out on a young woman that she keeps chained up, as a kind of pet. Schumacher gives an impressively slippery performance which morphs between hapless weakling and something harder and altogether more feral.

With production design which favours a palette of ominous murk, accessorised by plenty of anguished taxidermy, and camerawork which creeps like a slowly spreading damp patch, the film maintains an atmosphere of prickling discomfort. And its this, the film’s malevolent ambience, which makes it a compelling watch even when the plot has lost its last semblance of logic to the engulfing madness that is the family curse.