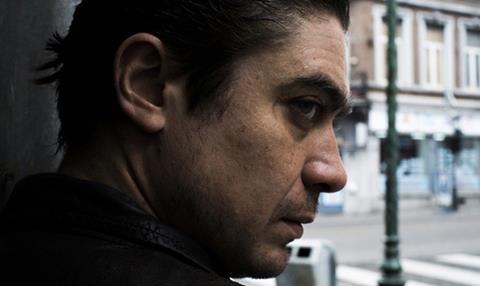 Contemporary Italian mafia films often head in one of two directions: either towards hard-boiled dynastic drama (Suburra, the TV Gomorra), or a strain of lovelorn mobster existentialism that began with Paolo Sorrentino’s The Consequences of Love. Pericle is not the first movie to attempt to fuse the two genres, but it never quite manages to make them bond, despite a solid, emotionally anchoring performance by Riccardo Scamarcio as a none-too-bright Camorra footsoldier who seeks refuge in the arms of a stranger after a slip-up leads to his being targeted by both friends and enemies.

This Euro-hall-of-mirrors effect, and the presence of Marina Fois in the co-star role, may have some traction especially in French-speaking territories, but otherwise Pericle may struggle to drum up interest outside of Italy.

“Freely inspired” by Giuseppe Ferrandino’s Neapolitan post-pulp novel Pericle il Nero (Pericles the Black), Italian director Stefano Mordini’s third feature shifts the book’s all-Italian setting to the Belgian-French border country – hence the co-production involvement of the Dardennes. It’s an interesting move, not only in film financing terms, as when it works, this is a story about alienation in both the geographical and the psychological senses of the term, about how the codes of a Neapolitan crime family are reproduced in a suburb of Liege, and the strange distortions this creates when a mob minion, on the run from his own, suddenly discovers he’s living in a foreign country.

This Euro-hall-of-mirrors effect, and the presence of Marina Fois in the co-star role, may have some traction especially in French-speaking territories, but otherwise Pericle may struggle to drum up interest outside of Italy.

Dead-eyed and unimaginatively loyal, Camorra footsoldier Pericle (Scamarcio) works for Belgium-based Neapolitan crime lord and pizzeria impresario Don Luigi (Morra), his job (graphically detailed in an opening scene set in a primary school) being to stun, then sodomise, anyone who has crossed his boss, in order to degrade and shame them. He’s part of the famiglia but not actually family – a by-now familiar Mafia-tale trope that here sees Pericle holding a flame for his boss’s sharp-tongued daughter Anna (Acca), who hardly even notices him. It’s another woman, divorced bakery worker Anastasia (Fois), who will eventually allow him into her life after Pericle goes into hiding in Calais – pursued both by a rival clan and by his own side after a botched job.

It’s this central section of the film that is the most compelling, with its sense of lives spent in limbo. In a halfway house belonging to a Tunisian family where Pericle takes refuge, a soothingly-voiced nature documentary continues to play on TV when violence strikes; while the Calais apartment Anastasia shares with her son and, briefly, Pericle, overlooks a grey beach and an equally grey sea where ships come and go (and thankfully, no immigrant-crisis subplots disturb the light touch).

But it all goes off the rails towards the end as a string of entirely unnecessary back-story reveals suddenly pile up like mob-victim corpses. Stylistically, too, the film veers uneasy between teen-friendly graphic-novel storyboarding (the bag of sand Pericle carries around to stun his victims, the single tattoo stripe that follows the curve of his spine) and arthouse poetics. Intimately shot, with a tasty rock-jazz-impro soundtrack by Peter Van Poehl, this is a well-made package that is let down, mostly, by an undercooked script.