Matthew Holness makes his deput with a creepy puppet tale 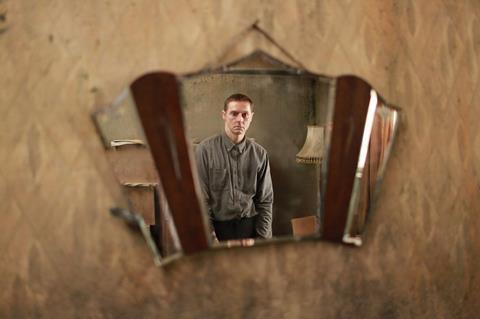 The first feature from Matthew Holness, best known as the co-creator and star of Garth Marenghi’s Darkplace, is a brooding oddity which delivers smothering layers of atmosphere, but stops short of generating any real scares.The small cast – the film is essentially a two-hander – is well chosen: Sean Harris convinces as Philip, a disgraced children’s entertainer wrestling with demons from his past, and Alun Armstrong is monstrously effective as Maurice, the uncle and former guardian whose presence looms large over the life of his nephew.

Holness’s involvement with Darkplace should be a key marketing tool for any UK distributor, however the fact that the two projects are tonally worlds apart might mute word of mouth from Darkplace fans hoping for more comic parodies of shoddy television. In fact, Possum does have roots in television, albeit of a markedly higher quality. The influence of Tales Of The Unexpected is evident throughout, particularly in the way the film captures the mundane malevolence of provincial England. As such, it could be a good fit for VOD platforms. Following on from its world premiere in Edinburgh and a run in Galway, the film could find further berths in midnight slots.

The striking photography – Possum is shot on film – echos the slightly retro feel of the story.

The film opens to Harris reciting a children’s rhyme which, like the contents of the book in The Babadook, seems more heavily laden with threat with each new line. This is one of several parallels between this film and Jennifer Kent’s nightmarish exploration of extreme motherhood.

Round-shouldered and shifty-eyed, Philip is the kind of man who makes mothers unconsciously draw their children closer. Some unspoken disgrace follows him as he returns back to his childhood home, now boarded up and overgrown. He has a leather holdall with him which he eyes cautiously from time to time. A somewhat over-egged score goes full throttle on the sinister synth right from the outset, to underline the creepiness of the contents of the bag. We don’t see it all at once, just one or two attenuated black legs, as Philip crams the thing from the bag into a bin in the garden. But it – a hand puppet by the name of Possum with spider legs and a milk-white human face which is frozen in a rictus of horror – is not an easy item to get shot of.

It’s not clear whether Possum is an actual threat or a manifestation of Philip’s damaged psyche in puppet form. What counts is that, to Philip at least, the puppet is a mirror of his own terrors. As his skin takes on a sickly pallor, the resemblance between puppeteer and the horror-struck face of his puppet becomes increasingly inescapable.

But while this woozily disorientating waking nightmare is effectively conveyed, the film doesn’t actually run with the idea to anywhere particularly frightening. All the overstated sound design and bibbling analogue synths in the world can’t make numerous shots of Harris staring into storm drains anything other than scene-setting.

Curiously however, even though it’s all build-up and little in the way of scary pay-off, the film still works to a certain extent, just not as a traditional horror. The striking photography – Possum is shot on film – echos the slightly retro feel of the story. And Armstrong, clearly having a riot in a repulsive role, wrings toxic drips of menace out of every line. You’ll never be able to hear the words “sweetie jar” again without shuddering.