'So Long, My Son': Berlin Review 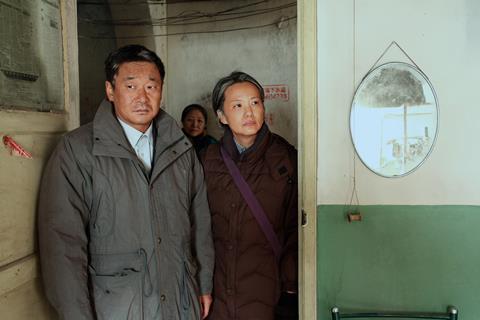 In So Long My Son, ‘Sixth Generation’ director Wang Xiaoshuai (Beijing Bicycle) constructs a complex family chronicle that spans four decades and depicts some of the repercussions, cultural and psychological, of Chinese national policy since the 1980s. A challenging narrative structure - withholding key information and skipping between several time frames - makes this film a daunting watch overall. But Wang’s ambition and seriousness, aided by strong ensemble performances, ensure it is a formidable and, for the most part, involving work of novelistic scope. Festival prestige is certain, but commercial hopes could be boosted by a discreet trim.

For much of its length, So Long My Son can come across as either a frustrating or a tantalising head-scratcher, depending on your taste for hyper-fractured narratives. The fact that the characters age over several decades, often changing their appearance, while not everyone is precisely who we assume them to be, make the film a knotty proposition to untangle; go with the film, though, and So Long My Son yields insights into the rapid transformations and turbulence of Chinese society, in a way not dissimilar to certain films of Jia Zhangke.

The story begins by the side of a reservoir, where we meet two young boys, Liu Xing (aka Xingxing) and Shen Hao (or Haohao), one of whom swims while the other doesn’t; shortly after, one of them is rushed to hospital. The main body of the narrative centres on Liu Xing’s father Yaojun (Wang Jingchun) and mother Liyun (Yong Mei), who live in Southern China’s Fujian Province, and whom we next see struggling with their now-teenage son, soon to go AWOL in a fit of rebellious rage.

The action skips back several years to the 90s, then to the early 80s, to Yaojun and Liyun’s home town in the north, where they work in a factory. Their friend, a woman named Haiyan (Ai Liya), is the factory’s official in charge of planned parenthood, and when Liyun falls pregnant with a second child, Haiyan obliges her to have an abortion, in line with the national policy that insists on couples only having one child.

Yaojun also has an apprentice, Moli (Qi Xi) the young sister of Haiyan’s husband Yingming (Xu Cheng), and a decade later, in a very different China, Moli – now a successful businesswoman - revisits Yaojun, whom she hasn’t seen for years, prior to her moving to the US. Also part of the couple’s circle at the factory is Xinjian (Zhao Yanguozhang), a fun-loving, sharp-dressing character who fancies himself as resembling a Hong Kong movie star – but whose high spirits are soon sharply corrected by the authorities.

An intricate, zigzagging narrative weaves a pattern of enigmas and loose ends, culminating in a moment roughly two hours in, when everything seems to be falling into fully comprehensible shape – at which point, after a somewhat inert patch, the narrative gallops off in a different direction entirely. The now wealthy Yingming and a very ill Haiyan invite Yaojun and Liyun to fly and visit them, and several things we thought we’d figured out turn out to be not so simple after all.

The sense of passing time acquires decidedly Proustian resonances in the final hour, as Yaojun and Liyun return to their home town to find things very different and yet, in some ways, eerily unchanged. Detached execution, with long takes and sometimes striking panoramic vistas, takes the melodramatic edge off a story that might easily have been conventionally tear-jerking. Instead, Wang’s considered, indirect approach makes for a drama that’s emotionally affecting but historically revealing too. It’s certainly a substantial, audacious and intensely inquiring piece – but viewers may feel they need at least a second viewing to fully get its measure.