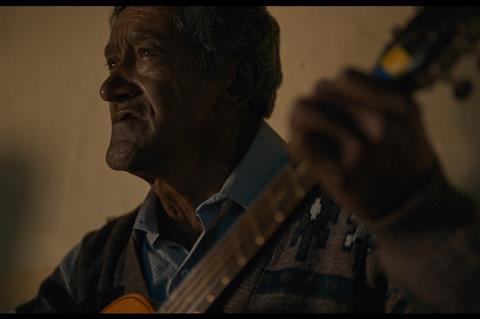 The City of Wild Beasts

The notoriously mean streets of Colombia’s second metropolis Medellín provide a vivid principal backdrop for The City Of Wild Beasts , an atmospheric youth-focused character study from local writer-director Henry E Rincón. Starring newcomer Bryan Córdoba as a slackerish 17-year-old forced to grow up fast after the death of his mother, it premieres at Miami and should enjoy wider international exposure than Rincón’s soccer-themed Hero Steps (2014) which also bowed at the Florida festival.

Dedicated to the director’s own late grandfather, the picture has at its heart the tender relationship between stringy Fabián —nicknamed Tato (Córdoba) — and his elderly grandfather Octávio (Óscar Atehortúa). This bond blossoms during the rural interlude that forms the screenplay’s second act: having fallen foul of his landlady and associated local street-gangs, perennially cash-strapped and work-shy Tato must lay low. Lacking any real alternative, he seeks out the man he believes to be his only living relative, located a long bus-ride away.

The flinty oldster’s initial hostility to this emphatically urban youth he’s never previously met quickly and very predictably melts. But just as they  are really getting to know each other, an out-of-the-blue revelation about Octavio’s son (Tato’s long-absent father, whom the lad believed dead) hastens the kid back to the dangers of Medellín where events will take a tragic turn.

The business relating to Tato’s mysterious father is the most perplexing loose end of Rincón’s script — indeed, it’s never mentioned again following his hasty flight from Octavio’s abode. This is otherwise a textured, even-handed portrait of the flawed, maturing protagonist’s dealings with his abuelo, his spirited girlfriend Crespa (Valéria Perez) and his easygoing best pal Pitu (Joel Mosquera). The young trio adorns the area’s walls with graffiti tags in between sessions of freestyle rap-battles.

The extended bookending segments in Medellin showcase the hilly, mountain-fringed city’s alluring nocturnal vistas, well captured by the insider’s eye of Camilo Monsalve Ossa — like Rincón, a native — via his roving steadicam. The slower-paced countryside mid-section meanwhile provides an effective break from the claustrophobia of Tato’s run-down neighbourhood.

The teenagers’ decidedly American-influenced youth culture is subtly contrasted with the traditions of Octavio’s world — the senior citizen makes a living growing gladioli for funeral arrangements. Such people are known as silleteros — a term derived from the chairs which flower-vendors carry on their backs to display their goods, and which they wear, festooned with an elaborate floral display, in an annual festival parade. Tato ends up lovingly creating just such a display towards the end of the film, but Rincón thankfully doesn’t make any big sentimental deal about this rough-edged “town mouse” carrying on the gentle, long-standing traditions of his indefatigable forebear.