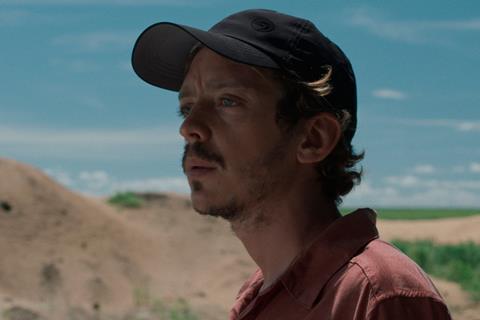 ‘The Employer and the Employee’

With his third feature, Uruguayan writer/director Manuel Nieto Zas explores a popular theme in Latin American cinema; namely the inequitable, sometimes twisted relationship between employers and workers, families and their servants. And he joins a fine tradition with a particularly subtle account of that most treacherous of social divides.

Not only a class study, but a nuanced exploration of guilt, responsibility and emotional manipulation

This is a slow-burn drama whose lack of incident and evident heroes and villains makes all the more surprising its powerful hold on the attention. Though it lacks the droll comic undertow of Zas’s Tiger Award-winning debut The Dog Pound and sophomore The Militant, it has the quality to follow those films onto the festival and arthouse circuits.

The formal choice of title is slightly misleading, in that it suggests an office setting or factory floor, rather than a large farm. Close to Uruguay’s border with Brazil, this is managed by the owner’s son, Rodrigo (Nahuel Perez Biscayart), who is smart and conscientious, clearly keen to earn his father’s respect but – reflecting the country’s exodus of rural workers to the cities – short of skilled staff. Desperate for a tractor driver, Rodrigo hires Carlos (Cristian Borges), the son of a former employee, who may not be as experienced as his father suggests.

The two men have just one thing in common: Rodrigo and his wife Federica (Justina Bustos) have a baby boy; Carlos and Estafanie (Fatima Quintanilla) a slightly older girl. Despite their differences – rich and poor, European and indigenous, educated and, frankly, a bit dim – it’s this one bond that will prove to be significant.

While never straying into slow cinema territory, Zas is certainly happy to take his time. Opening sequences involve Rodrigo and Federica’s concerns for their son’s health (something of a red herring), Rodrigo’s hiring of Carlos, Carlos leaving his family behind as he moves onto the farm and starts work. All very low-key, if not humdrum. It’s 45 minutes before the film’s temperature rises and tragedy strikes, in the form of an accident that threatens the farm with a lawsuit and drastically changes the relationship between the two men.

It would be poor form to reveal the nature of the accident, not least because it’s consequences are so unexpected. What can be said is that Zas boldly dials things down again, as he refines his character dynamics and builds tension towards his climax; a fabulously executed, long-distance horse race, with a deliciously apposite twist in store. The result is not only a class study, but a nuanced exploration of guilt, responsibility and emotional manipulation – devoid of all the usual melodramatic conceits – in which the unsophisticated Carlos and Estafanie may prove the match of successful businessmen keen to protect their liability.

At the outset of his career, Zas worked as an assistant director for the Argentine Lisandro Alonso, whose influence is strongly felt here, in the seeming use of non-professionals amongst the cast, and especially in the depiction of men at work and within nature. There’s a beautifully shot, nocturnal boar-hunting sequence involving Carlos and his father; and, like Alonso, Zas taps the mystery that can be expressed by just letting his camera roam into the landscape. DoP Arauco Hernández Holz’s work is crisp, clean and unflashy throughout.

Leading the cast is the excellent Biscayart (120 BPM), playing less edgy than he often has, and lending Rodrigo a watchful, empathetic, quite tender presence, far from the entitled brat lesser films would have turned him into.