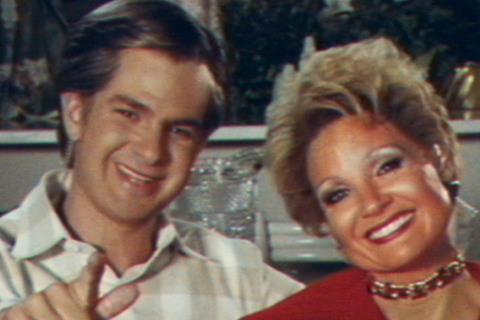 ‘The Eyes Of Tammy Faye’

Who was the real Tammy Faye Bakker, the woman behind the heavily made-up face on US television in the 1980s, asking for money while declaring that God loves all of us? The Eyes Of Tammy Faye explores the question provocatively but not always convincingly, diving into the colourful world of televangelists with a mixture of bemusement and compassion.

While the film wants to humanise Tammy Faye and restore her dignity, it doesn’t fully illuminate the life behind those eyes

Jessica Chastain gives a bighearted performance as Tammy Faye, never judging the tabloid fixture who was widely mocked for her appearance, cartoonish voice and lavish lifestyle — although the Oscar-nominated actress insists on letting her remain an enigma. This biopic about Tammy Faye and her husband, the disgraced preacher Jim Bakker (played with oily charm by Andrew Garfield), walks a tricky tonal tightrope, touching on hypocrisy, religion, self-empowerment and denial. But the film ultimately feels like a superficial examination of rich subject matter.

This Toronto premiere will open in the US on September 17 through Searchlight Pictures, which is no doubt hoping to snare awards-season kudos — for Chastain’s chameleon portrayal in particular Audiences who remember the Bakkers’ fall from grace will be interested in seeking out this feature treatment, which is based on a documentary of the same name made in 2000.

The Eyes spans decades, focusing on Tammy Faye (Chastain), who grew up in a strict Christian home led by her domineering mother Rachel (Cherry Jones). Meeting the sweet, devout Jim (Garfield) in college, she falls head over heels in love, leading to marriage and a shared desire to spread God’s word. Jim quickly discovers television’s power to reach potential worshippers, and soon the Bakkers are running a successful Christian network, making themselves obscenely rich before being laid low by accusations of financial and marital impropriety.

The film is directed by Michael Showalter, best known for comedies including The Big Sick. But while The Eyes has its satiric moments, Showalter isn’t out to heap scorn on these televangelists, even though the brazenness of their corruption and the absurdity of their behaviour makes them ripe targets. Rather, this is a tale of a woman in search of herself, and Chastain plays Tammy Faye as a kind and sincere, if not particularly savvy, individual. Believing that God has a plan for her, this deeply insecure wife and mother initially provides a joyous spark on camera alongside Jim, her folksy effervescence instantly apparent. But as Jim’s greed grows and he pulls away from her, she begins to understand how unhappy she is — especially when her husband makes fun of her exaggerated makeup behind her back.

This strangeness of this true-life tale is self-evident — the tackiness of the Bakkers’ outfits and the brazenness of their pleas to the faithful to give them money are equally revolting and fascinating. But Showalter struggles to find an angle on such multilayered material. To its credit, the film makes room to be both critical and sympathetic — acknowledging the Bakkers’ malfeasance while recognising that, for Tammy Faye, faith was a force for good. That latter point is affectingly made near the end of The Eyes when Tammy Faye, in defiance of Jim and other religious leaders, interviews a gay man with AIDS, showing him a tenderness which is not shared by her homophobic colleagues.

But instead of Tammy Faye’s contradictions bolstering the narrative, the film lacks a unifying perspective. As a result, The Eyes tends to be a bit unfocused; an unfortunate byproduct of condensing decades of story into two hours, which leaves Showalter having to gloss over the gradually fraying bond between the couple. There are so many provocative ideas coursing through Abe Sylvia’s script — including a commentary about how the religious right and the GOP became potent political allies — that the picture simply doesn’t have enough time to cover.

Chastain’s emotionally naked performance embodies Tammy Faye’s fragility. As she got older, she put on more and more makeup, which caused observers to laugh at her clown-like countenance, whenin truth it was a mask to protect herself from the outside world. The Oscar-nominated actress is matched by Garfield’s sly depiction of the weasely, self-righteous Jim Bakker, and the film’s makeup, hair and costume teams do impeccable work, recreating the couple’s gaudy fashion sense from the early 1960s to the late 1980s. It’s hard not to get caught up in film’s look at this shameless carnival, which duped true believers into thinking the Bakkers had a special connection to God. But while the film wants to humanise Tammy Faye and restore her dignity, it doesn’t fully illuminate the life behind those eyes.

Screenplay: Abe Sylvia, based upon the documentary The Eyes Of Tammy Faye by Fenton Bailey and Randy Barbato