Sobering, essential documentary focuses on the testimony of Israeli men who served in Gaza and the West Bank 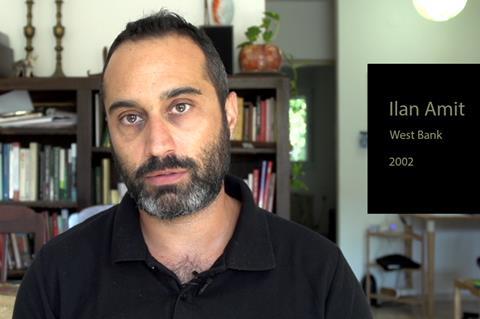 Stylistically, the new film from Israeli director Avi Mograbi could be said to reach a degree zero of documentary. But the absolute no-frills approach of The First 54 Years: An Abbreviated Manual For Military Occupation is entirely suited to its didactic purpose, serving not just to effectively convey information but to challenge us to think about it. Based on testimonies of Israeli men who, as army recruits, have served in the occupied territories of Gaza and the West Bank at different times over the last 54 years, the film examines the methods underlying such occupation, as carried out by Israel since 1967.

The interviews acquire the status of sober quasi-judicial witness statements

Executed with utmost focus, the film dispenses with cinematic rhetoric to present its case directly and to sobering effect. Screening in Visions du Reel after premiering in March in Berlin’s Forum section, this is essential viewing for anyone who seeks enlightenment on the complexities and impasses of Middle East conflict.

The film is built around talking-head statements — sometimes with an offscreen interviewer — from 38 men, two of them anonymous with their faces digitally blurred, who have offered their testimonies to Breaking The Silence, an Israeli organisation dedicated to educating the public about the realities of occupation. Their recollections are interspersed with archive footage covering the period examined, sometimes with spare female voice-over (Avital Barak).

The evidence on display is presented in the framework of a lecture, delivered to camera by Mograbi, whose previous documentaries on Israeli-Palestinian conflict include 2005’s Avenge But One Of My Eyes. At the start, he introduces himself — speaking in English, with the interviews in Hebrew — as a guide who will lead us through a hypothetical ‘how to’ manual of occupation, showing how it can be effectively done, and taking the occupation of Palestine as a paradigmatic illustration of the techniques required. This ironic framing allows Mograbi to demonstrate how the very principles of occupation have led to catastrophe for all involved, producing only a seemingly irreconcilable state of destructive deadlock.

Mograbi’s account comes in three parts, respectively covering the period from 1967-1986; the subsequent stage of ‘loss of control’ (1987-2000); and then ‘total loss of control’ (2000 to the present). Sometimes smoking, or leaning with emphasis towards the camera, Mograbi talks us through the tenets of occupation, beginning with the tactic of installing civilian settlements on the occupied territory.

The history of the Occupation begins with an appearance of clear method and order, with the pursuance of such principles as promoting ‘normalisation’. We hear about the implementation of such divide-and-rule tactics as collective punishment, round-ups and the promotion of snitching, with informants known, in a grim Anglo-Hebrew neologism, as stinkerim. But Mograbi shows how, over decades, any sense of real control over the occupied people is lost, together with all semblance of logical strategy, with many interviewees talking about the prevalence of absolute arbitrariness in the army’s day-to-day actions.

Things intensified with the civilian uprising of the First Intifada in December 1987, at which point increasingly punitive methods were introduced: beatings of Palestinians were administered, one ex-soldier recalls, for infractions as petty as having expired car insurance. Many of Mograbi’s contributors recall carrying out house searches, sometimes with no idea of who was being looked for, or raiding homes purely with the aim of disruption. (A clip of armed soldiers waking children in their home is arguably at the lower end of some of the troubling footage we see.) By 2008, the gloves are off, one interviewee says, with the Israeli army working to the principle “everyone is an enemy”.

Such methods inevitably fuel spiralling tensions, which become an irreconcilable feedback loop of reprisals, intensified by Palestinian suicide bombings and Israeli settlers whose own violence the army declines to prevent. Eventually, things reach a level of chilling extremity: one interviewee explains the term ‘verifying a kill’ as meaning, quite bluntly, “Anyone you see gets a bullet in the head”.

Although the film is precise about particular events and phases of the Occupation — notably the Oslo Accords of 1993 — Mograbi does not name specific Israeli administrations or politicians. Rather, he describes the stages of occupation as if he were discussing an autonomous set of principles — the point perhaps being not that this particular occupation has been imperfectly executed, but that a catastrophic outcome is by nature inherent to the process itself.

Some of the recollections offered are highly personal, revealing the ex-soldiers’ feelings about their actions, either at the time or later. One comments, as he remembers hitting a man, “For the most part, I felt confused, angry and frustrated — why is he making my life difficult?” That such actions are recalled in calm detachment adds to their objective force. Rather than highlighting the Israeli soldiers’ feelings of guilt or distress in a way that might risk eclipsing the Palestinian experience, the interviews acquire the status of sober quasi-judicial witness statements, with an additional charge of insight into what it means to find yourself, perhaps without fully realising it, in the thick of things, in an extreme authoritarian position. A grim closing shot, however, makes it clear that this film is not letting Israeli soldiers, of either past or present, in any way off the ethical hook.