A famous kidnap victim discovered he has never really been found 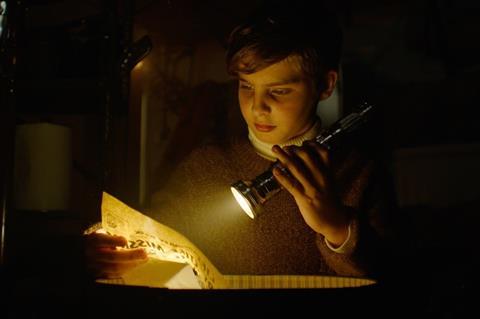 The Lost Sons is a slickly-packaged, TV-polished documentary about an incredible true-life story along the lines of Three Identical Strangers – and was, in fact, produced by the same company, the UK’s RAW. The story of Paul Joseph Fronczak – the man with three names – is better known, though, than the tale of the triplets, although both cases involve secrets, lies and adoptions. Premiering at SXSW, this involving, stranger-than-life story has been edited for cinematic release although seems purpose built for streaming: like its protagonist, it suffers from a sense of unfinished business and unanswered questions.

Viewers should instinctively sympathise with Fronczak

Much has been written about Fronczak’s case, not least by Fronczak himself in a best-selling memoir on which this film is based: it’s pretty compelling. He grew up as Paul Joseph Fronczak in suburban Chicago, a happy, regular child who did not know that “he” had been kidnapped as a baby from his mother’s Dora’s hospital bed in 1964, a day after his birth. As FBI agents hunted fruitlessly for the missing infant, a baby foundling was discovered in a pram on the streets of Newark 15 months later. Named “Scott” by his carers, he was later reunited with the Fronczak family in Chicago who claimed him as “Paul”. But as he was to discover much, much later in life – he was not Paul, or Scott. He was part of an even deeper, darker mystery and his name is Jack.

With the help of CNN Films, director Ursula Macfarlane (Untouchable, Charlie Hebdo) has budget to play with and recreations to stage (in South Africa, to go by the credits). While the documentary is hung around centrepiece interviews with Paul, a handsome actor who was once George Clooney’s stand-in, she adorns her piece with the Kodachrome colours of another era as she resurrects 1960s suburbia. Interviewees, including a babysitter and a policeman (and relatives of now-dead investigators) are ageing gently and can’t always give Paul the information he needs: disappointment is etched on his face, while his overwhelming need to find the truth over-rides the rest of his life. He’s a lost son, as the title indicates, looking for an answer, moving restlessly from job to job (the real Paul died shortly after much of the information in this film came to life). He can’t help but eagerly feed from the memories of a one-off childminder who was a teenager a half-century ago, always looking for answers, wanting more.

Viewers should instinctively sympathise with Fronczak, and see him as a wounded soul whose life has been, and is being, consumed by this set of bizarre circumstances which have pulled rug after rug from beneath him (an X-Files fan, he is tattooed with the words ’trust no-one’). Macfarlane chronicles the story professionally, judging when and when not to release a part of the jigsaw throughout. Recreations can help and hinder a documentary: docufiction is certainly more in vogue at the moment then the actors she uses to portray Paul’s parents in the 1960s, or Paul himself as a child. While they’re nicely weaved in with newspaper headlines and archive footage, they do give The Lost Sons a made-for-TV quality which is hard to shake off, but will also work in its favour on that medium.

One senses that Fronczak himself just wants eyeballs: this documentary is another step towards his goal of loosening the mix of lies that fastened around him as a child and seeing what emerges. He’s still using the name of Paul Joseph Fronczak, and is now reconciled with his parents after they begged him not to go ahead with DNA testing. One can only hope he gets his heart’s desire, as his own child grows steadily older and he continues on his relentless mission.