‘The Night Of The 12th’: Cannes Review

Dominik Moll returns to Cannes with this fascinating police procedural 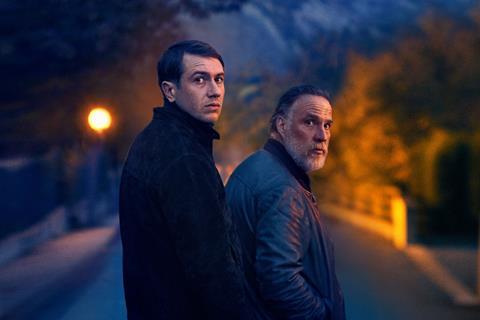 A deft and satisfying police procedural in command of its unusual tone, The Night of the 12th (La Nuit du 12) is perfectly cast and constructed with quietly thrilling rigour. A semi-fictional tale inspired by 30 pages out of 500 in Pauline Guéna’s immersive account of a year spent with the Criminal Investigation Department of Versailles, Dominik Moll’s transposition to the mountainous region of Grenoble is thoroughly involving as it follows the efforts of one police unit to get to the bottom of a particularly grisly murder. This never flashy, consistently fascinating account covers three years starting on the title date in October of 2016. It would be an unsolved crime if it doesn’t connect with adult audiences.

The tone is achieved through deeply human details.

The film starts with French statistics: each year there are 800 murders, 20% of which are never solved. That seems almost laughably low compared to, say, the USA, but the film takes this one case both objectively and personally and shows the tentacles of grief a senseless death leaves in its wake.

Two verifiable things happen on the titular evening. Yohan Vives (Bastien Bouillon) assumes the direction of his department after his superior’s retirement party at Grenoble police headquarters and Clara Royer (Lula Cotton Frapier), clad in denim shorts and a light jacket, leaves a party at the home of her best friend Nanie (Pauline Serieys, who is outstanding) at 3:07 in the morning.

Clara is pretty and apparently carefree — friends and family describe her as “uncomplicated” — and makes an exuberant thank-you video for Nanie on her phone in the deserted street as she walks home. But the street isn’t deserted. A black-garbed individual surges out of nowhere, calls Clara by her name and she has just enough time to ask, “Who are you?” before being doused with liquid and set aflame. Moll finds a respectful but deeply cinematic way to depict the vile act that sets an investigation in motion.

There are potential suspects galore because it turns out that fresh-faced Clara, age 21, liked having sex, was drawn to edgy-seeming guys but, as bereft Nanie puts it, died a horrible death for no other reason than that she was a girl. The questioning of possible suspects by Yohan and gruff vet Marceau (Bouli Lanners) is a disconcerting primer on how cavalier young men can be. Marceau may be built like a tough guy but he is highly disturbed by how the guys they interview think nothing of having a steady partner on whom they cheat and generally feel justified in using women like paper plates. The proceedings are frank about how there are men with an exaggerated sense of their own attractiveness, just as there really are women who apparently enjoy being called names and treated roughly in the sack.

Each mini-interrogation is distinctive. If you lined up all the suspects, viewers would definitely be capable of telling them apart. As for leads and clues, if a local man’s rap lyrics mesh with the crime is that, well, a crime? If a smug man has a past record of extreme violence against an ex-companion does that mean he would be capable of setting someone on fire?

The tone is achieved through deeply human details. The police are no-nonsense, firm, vested with authority. Some cops are more cynical than others. All of them care about doing their jobs well, put in lots of unpaid overtime and try not to overreact when the problematic photocopier fails to print out their reports.

Woven into the smart script by Moll and Gilles Marchand are eternal themes that contemporary audiences should relish. For example, most crimes are committed by men and most police are men. And, as two characters put it with lived-in authority: “There is something seriously amiss in the relationship between men and women.”

Lanners is heartbreakingly convincing as career cop Marceau, who can recite verse by Verlaine in a squad car the way others might sing along with the radio. He wanted to teach French and pass along the power and beauty of the French language. Instead, he ended up using direct, often harsh words to interrogate suspects.

Bouillon’s Yohan says little but is always compelling to watch. He’s good at leading his men and if there has ever been a woman in his life, it’s not mentioned. He works and then works some more, taking time only to ride his bicycle on a velodrome track, which is to say in circles. He is haunted by the unsolved case and there is obviously a lot going on behind those boyish features.

Anouk Grinberg is beyond terrific as a judge who truly believes that society owes it to murder victims to find their killers. And Mouna Soualem is excellent as a rare late-arriving female investigator who could have taken a faster track to career advancement but chose this branch for interesting reasons.