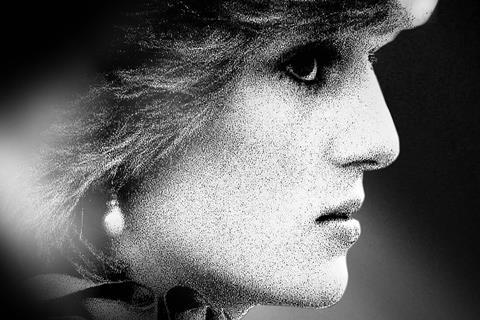 The Princess, directed by Ed Perkins, takes an Amy or Senna-style approach to the life and times of Lady Diana Spencer, starting in the weeks before her engagement to Prince Charles in 1981 and ending on the Strand as her young children walked behind her coffin in a public outpouring of grief never quite seen before – or since – in the UK. Any commentary, or narrative, is provided by either vox pop interviews, TV news reports, or home video recordings edited seamlessly by Jinx Godrey and Daniel Lapira into a piece which spans a brief 16 years. It’s a sad story, but, let’s face it, we knew that going in.

A palpably well-made documentary if an uber-voyeuristic one

The trouble with The Princess, which premieres at Sundance, is that it arrives into a perennially over-saturated market. If, somehow, the story of Princess Di had escaped any sector of any potential audience, anywhere, it’s certainly available dramatised in The Crown or Spencer  – and has been a cottage industry ever since her death. The row over her interview with Martin Bashir (which is exerpted here) still rages on the front pages of the British newspapers, while her son Harry and his wife Meghan fight the same wars that ultimately resulted in her premature death. The Princess successfully recreates the life and times of the ultimate sacrificial virgin, but seems misjudged in that it asks the audience to watch her being hunted her all over again.

A palpably well-made documentary if an uber-voyeuristic one, The Princess attempts an immersive approach into the life of Diana, while examining the attitude of the public to her – and the royal family – during that time. It starts with home video footage taken outside The Ritz in Paris in 1997 as a crowd waits outside the entrance and limousines screech off with paparazzi in pursuit.

It then cuts to the teenage Diana trying to get to her car in the weeks before her engagement to Charles – what a villain he is in Perkins’ fairytale-gone-wrong! – is announced. Multiple cameras hound her, recreating the sense of birds of prey and their quarry (Perkins helpfully adds in footage of a Royal hunt for emphasis, with the unfortunate fate of the rabbit made quite clear). Charles fathers two children and runs off to play polo with the ubiquitous and unfortunately slightly hatchet-faced Camilla, while the beautiful Diana is left alone to deal with the ravenous media.

Time has done no favours to contemporaneous footage of The Queen and the Queen Mother – in fact, the whole family, Phliip and Anne included – and the director leaves no footage under any rock. The smashed-up car in which Diana died; her repeated distress; her young sons trying to run away during a beach holiday with the paparazzi in pursuit, they’re all here. The crowd scenes, the frenzy, the hatred and adoration and media manipulation which accompanied Diana; it’s like a particularly bad 104 minutes on Twitter at the end of which someone nice dies over and over again.

The Princess, while succeeding in its aim to immerse the viewer in the life of Diana, also recreates the sense of being in media wars, the twisting public attitudes to her, although, ‘recreation’ may not be the correct word as it seems like we have debating those isses non-stop for the last two decades as her children take her place and the cycle repeats. These arguments always seem to end with the question: is that it? Have we had enough? Will we leave her alone now? The Princess seems to suggest that the answer to that is a resounding ’never’.