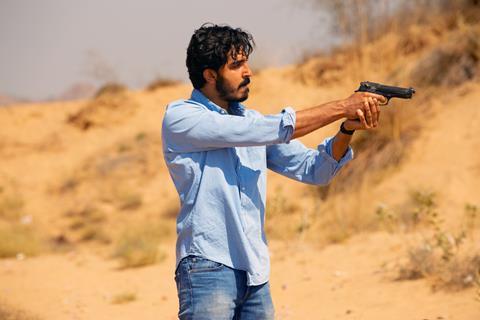 This propulsive thriller from Michael Winterbottom casts Dev Patel as Jay, a mysterious man on a mission which takes him to Pakistan and from there, all over India. It’s told with a no-frills efficiency which, although it wastes little time with story padding, does manage to create a vividly present sense of place.

The wedding mentioned in the film’s title is the arranged marriage of Samira (Radhika Apte); Jay has been hired to stage the abduction of the bride so that she can be reunited with her wealthy Indian lover Deepesh (Jim Sarbh). But from the beginning the plan goes awry, and Jay and Samira find themselves travelling together across the subcontinent. The driving energy of the first two thirds of the picture dissipates a little in the final act. But the chemistry between Patel and Apte has a heady authenticity which charges the film even in its more meditative moments.

Handsomely shot and briskly edited, the film could connect with further festival audiences following its world premiere at Toronto. Sony holds worldwide rights, with the exception of the US, which is currently in play.

Winterbottom’s screenplay deliberately reveals very little about the character of Jay. This much we know: he’s British; he is Muslim; he has several alternate identities which he can deploy as needed. He may or may not be from Leicester. And he knows his way around a gun. Almost his first stop, having hired a car in Lahore, is at a roadside firearms shop. He weighs one revolver in his hand, then dismisses it. Picks another and nods appreciatively. Apart from the guns – he takes two to be on the safe side – his kit consists of duct tape, cable ties and cigarettes.

From his slick, unflustered execution of the abduction of Samira, we assume he has done this kind of thing before. But even professionals can’t plan for every eventuality – and when the security guard on the door of her family home opens fire, Jay fells him with two shots. We later learn that the man has died – bringing heat onto the case which spooks Samira’s boyfriend Deepesh. He changes his mind about the plan, and tells Jay to take the girl back to Pakistan and leave her there.

It’s around this point that the tacit attraction between Jay and Samira begins to really smoulder. Although he remains elusive, we learn a little about her, and her plans to live with Deepesh on the proceeds of jewels stolen from his family’s business.

The story is one of constant movement: the action takes us from Pakistan to Amritsar to Delhi to Jaipur and finally ends up in Goa. Giles Nuttgens’ lens lingers curiously on snippets of lives on the teeming streets. It’s a sensory assault but one which eschews the romantic cliches which cloud many non-Indian filmmakers’ views of the country. India really is, as Jay observes, the perfect place to get lost. But ultimately it’s the getting lost – in each other as much as the country – which slows the relentless pace and grim sense of purpose which made the film so initially compelling. The film simply fades out instead of going off with the bang that the audience might have expected.