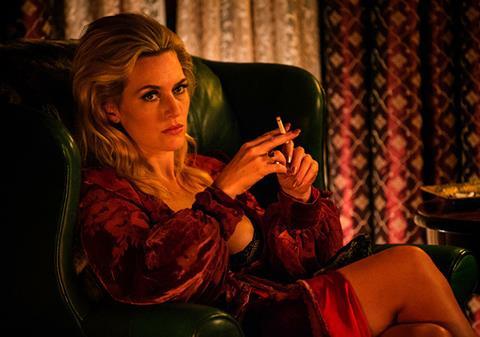 A nicely nasty little crime thriller, Triple 9 gets off on its pitiless tone and ultra-macho characters, but rather than becoming monotonous the film instead develops an hypnotic rhythm and lethal confidence, committed to its steely vibe so completely that even the flaws start to feel like compelling quirks. Boasting intense performances from a large ensemble that includes everyone from Casey Affleck to Chiwetel Ejiofor to Kate Winslet, the latest from director John Hillcoat is a proud B-movie that never tries to elevate this gritty material to lofty heights, quite content to let its tale of a heist, some crooked cops and a fiendish Russian mob boss crawl through the murk in riveting fashion.

Triple 9 is pulp with plenty of juice.

Set for release in the UK on February 19 — and the US the following Friday — Triple 9 will hope to lure audiences who loved cop thrillers such as The Departed and Heat. With an impressive cast that’s longer on critical acclaim than superstar status, the film should appeal to adult audiences, who could give it strong commercial legs. Expect solid reviews and sturdy grosses during a time at the box office that isn’t dominated by blockbusters.

Ejiofor plays Michael Atwood, the head of an Atlanta-based team of criminals that consists mostly of detectives and cops, including gang-unit officer Marcus Belmont (Anthony Mackie) and Detective Franco Rodriguez (Clifton Collins, Jr.). As Triple 9 begins, Michael’s gang has just pulled off a daring daytime bank heist for the ice-cold mobster Irina Vlaslov (Winslet), who refuses to pay them until they agree to one more job, threatening to kill them if they refuse.

To pull off this time-sensitive new heist, the crew will need a major diversion, and they hit upon the idea of executing a 999 — police code for a cop shot in the line of duty — which would allow Michael’s team to pull off their crime on the opposite side of town while law enforcement are distracted. They decide to make their victim Chris Allen (Affleck), Marcus’s beyond-reproach new partner.

In films like The Proposition and Lawless, Australian director Hillcoat has demonstrated a penchant for crusty outlaw dramas populated by colourful, often unsavoury male characters. Triple 9 fits his approach perfectly, as Matt Cook’s screenplay surveys a world of corruption and amoral violence in which there are very few squeaky-clean heroes and even fewer women. (Winslet, with her thick Russian accent and all-business tone, is the exception in this testosterone-driven movie, but Irina is so heartless she feels like just one of the guys.)

In Triple 9’s early stretches, there’s a worry that the film’s man’s-man milieu will grow tedious, resulting in a thriller in which a group of fine male actors spend the entirety of the movie’s running time attempting to see who’s the biggest tough guy. But although Hillcoat’s previous films have drowned in their brooding, rugged masculinity, here the machismo is complemented by some terrific action sequences and a growingly absorbing storyline that ratchets up the tension while delivering a few well-placed surprises.

If it’s hard to come up with novel twists on the heist thriller, Triple 9 sidesteps problems with familiarity by investing fully in its surly atmosphere. Michael and several of his cohorts are former members of the US Special Forces, and rather effortlessly Hillcoat and his cast sketch these characters as being dangerous snakes who don’t fully trust each other, imbuing the film with a sense of tension from the very start. We’re not sure who will betray whom, but we know someone will.

Into this pit of vipers walks Chris, and although Affleck is meant to be playing Triple 9’s good guy, the actor brings an arresting rawness to the character, suggesting how Chris has managed to survive around such corruption (not to mention the deadly criminals he faces on Atlanta’s streets). The entire ensemble exudes an air of snarling, coiled edginess, especially Aaron Paul as a drunken, unpredictable member of Michael’s team and Woody Harrelson playing a loopy, principled detective investigating the bank heist who also happens to be Chris’s uncle. Even when some of the actors give their characters hammy tics, Triple 9 has such an unbridled, hyper-vivid realism that these mannerisms seem almost believable in context.

Ejiofor is dynamite as Michael, the ruthless brains behind this operation who’s secretly at the mercy of Irina, who is essentially holding his young son hostage until he carries out her wishes. (The son’s mother is Irina’s sister — played by Gal Gadot in a tiny, thankless role — and Michael’s relationship with her is strained, to say the least.) The actor must convey both Michael’s ferocity and his helplessness, and Ejiofor is more than capable of hinting at the character’s duality. Affleck is superb as a cop who quickly learns to be suspicious of his new partner, while Mackie plays Marcus as a hard-ass who, in a moment of weakness, discovers a conscience he didn’t quite believe he had anymore.

The shifting loyalties and treacherous power plays that go on in Triple 9 are engaging, but Hillcoat especially shines in a series of three taut life-or-death sequences — one at the start of the film, one near the middle, and one at the end — that articulate more about who these characters are than anything they say. Working with Oscar-nominated editor Dylan Tichenor (There Will Be Blood) and cinematographer Nicolas Karakatsanis (The Drop), Hillcoat turns Atlanta into a menacing gangland where bloodshed can erupt at any second. The movie’s shootouts, standoffs and showdowns have a muscular, striking precision, especially once we begin to understand these characters’ motivations better. Triple 9 is pulp with plenty of juice.