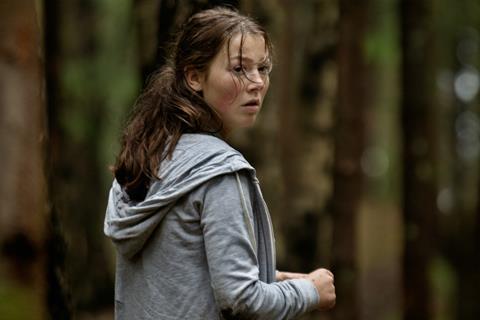 It’s unlikely there will be a more harrowing or heart-breaking film at the Berlinale, or any film festival this year, than Norwegian director Erik Poppe’s real-time, single-take recreation of the slaughter of 77 people, including many teenagers, on the Norwegian island of Utøya on Juy 22, 2011. Just as there were with films about 9/11, questions will be raised as to how long filmmakers should wait before revisiting terrible real-life events, and indeed who they’re making their films for.

Ultimately, it’s an homage to the very generation of young Norwegians who Breivik wanted to obliterate

It’s worth remembering that United 93 (directed by Paul Greengrass, who has his own Utøya film in the works) was highly acclaimed. And an answer to both questions, here, lies in the compassion and integrity of Erik Poppe’s approach – not just his focus on the victims (with no screen time for the right-wing extremist and mass murderer Anders Breivik), but in the way he has portrayed the incident itself.

While the script is based on testimonies, the characters are fictitious. Despite the death count, the result is not the on-screen bloodbath it might have been, but an achingly visceral suggestion of how it must feel to be inside an ongoing assault (terrorist or otherwise), with the uncertainty, panic and fear that creates. Moreover, Poppe’s way into the story – spending every second with one young woman as she navigates the carnage – is a moving testimony to the simple heroism that such events bring to the surface. Ultimately, it’s an homage to the very generation of young Norwegians who Breivik wanted to obliterate.

It’s a tough sell. But given its intentions, the prevalence of terrorism worldwide, and the extraordinary technical achievement, the film merits theatrical play. (It was shot in one take each day for five consecutive days on the neighbouring island to Utoya, which is now a monument for the families of the dead, and the versions edited together into something that looks like a single continuous take.) Audiences must be prepared to have their hearts in their mouths for what seems an eternity; though that grim awareness is part of the point.

For his prologue, Poppe uses newsreel and CCTV footage to show the first part of Breivik’s plan, the detonation of a car bomb at the government buildings in Oslo. He then cuts to Utøya, where members of the Norwegian Labour Party’s youth league have gathered on the island for their annual summer camp, and Kaja (Andrea Berntzen) is assuring her mother on her cell-phone that “this is the safest place in the world.”

The Oslo bombing is on everyone’s mind – all except Kaja’s sister Emilie (Elli Rhiannon Müller Osbourne), whose indifference causes a row between the siblings. Kaja returns to her friends, where the conversation is political and concerned, but the spirit light. And then, just like that, there is a bang, like a firecracker, and people come streaming out of the trees.

For the next 72 minutes (the duration of Breivik’s assault) the camera is fixed on Kaja as she criss-crosses the island – from a meeting hall, the trees, the campsite, the shore – looking for sanctuary and her sister. But for one glimpse of his outline, the gunman is never in view. The terror is created by the incessant gunshots and screams, by people sprinting past the camera, and by the kids’ reactions. It’s impossible to know how close the shots are. “They’re coming from everywhere,” says one. And the island is too small for them to hide.

During her often solo passage Kaja tries to help a tiny boy, then – in the film’s most heartrending scene – a girl, who dies in her arms. Berntzen brilliantly portrays a young woman of courage and resolve, slowly worn down by what she poignantly sees as her failures of responsibility. Poppe suggests actual failures, including the boat containing elite police that stopped short of the shore because it was too heavy – with every minute lost, another life.