Rosa Bosch has spent the last year building B&W Films, a London-based management and production outfit, which looks after a small but prestigious stable of artists on their fiercely independent projects. 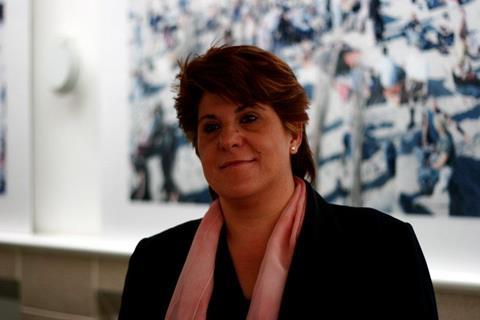 Management companies are a dime a dozen in Los Angeles but the concept has never really worked or been needed in Europe. Rosa Bosch’s year-old B&W Films is a London-based management and production company, but Bosch, the gregarious Spanish veteran whose career has taken in film festival programming, international sales, production and film education, says it is far from a Hollywood model.

“My clients are artists who generate their own ideas” she explains. “The company operates on the principle of looking after their projects all the way through from inception to distribution.”

Bosch’s clients are all singular artists who work across media and platforms. There’s BAFTA winning film-maker and video artist Tal Rosner (Skins) who is currently creating a video mural for the facade of the new Frank Gehry-designed New World Symphony campus in Miami as well as a film to be projected across the screens inside to accompany a Thomas Ades musical piece. Venezuela-born director and choreographer Javier De Frutos is directing and choreographing the Pet Shop Boys ballet The Most Incredible Thing set to open in London next year. He recently completed work on the HBO pilot for Game of Thrones.

Film-maker Sophie Fiennes, whose last feature Over Your Cities Grass Will Grow was in official selection at Cannes, is continuing work on her marathon feature project on Grace Jones, Grace Jones: The Musical Of My Life as well as The Pervert’s Guide To Ideology, her second collaboration with Slavoj Zizek after The Pervert’s Guide To Cinema. And William Shimell is the famous opera baritone who has a burgeoning career as an actor after a a standout debut opposite Juliette Binoche in Abbas Kiarostami’s Certified Copy, which was in competition at Cannes this year.

“I would say that two thirds of everything they do has a film element,” says Bosch, “but their activities cross different art forms which is exciting and rewarding.”

B&W, which generates revenues through commission, producer’s fees and rights ownership, also handles selective sales of its clients’ projects. Bosch of course was the founder of HBO Films, the London-based sales outfit which handled titles like Gus Van Sant’s Elephant, Lucrecia Martel’s La Nina Santa and Shari Springer Berman and Robert Pulcini’s American Splendor. She is currently handling Over Your Cities, Fiennes’ acclaimed portrait of artist Anselm Kiefer, and is close to announcing a UK deal on the documentary.

“It’s not like the American production/management company,” says Bosch. “There is no competition among the clients. I basically raise the money, look after their projects, take care of rights. It’s an unusual forward-thinking set-up that is working.”