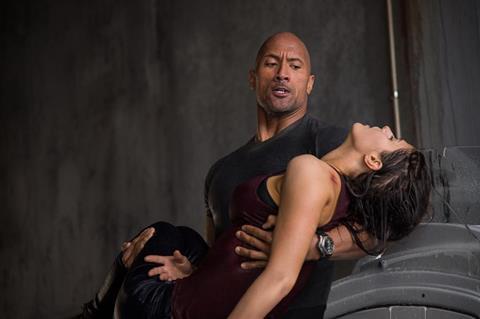 San Andreas opened at the top of the China box office for the week June 1-7, according to EntGroup figures, grossing $51.95m in its first six days.

The first Japanese film to be released in China in three years, Stand By Me Doraemon grossed $35.31m for an impressive cume of $74.45m after 11 days.

Disney’s Avengers: Age Of Ultron came in third with $7.33m for a cume of $238.52m after 27 days, making it the third highest-grossing film ever in China following Furious 7 and Transformers: Age Of Extinction.

In an encouraging display of diversity at the China box office, Indian blockbuster P.K. came in fourth with an additional $4.44m in its third week, for a cume of $16.74m. Directed by Rajkumar Hirani and starring Aamir Khan, the film is by far the highest-grossing Bollywood release ever in China.