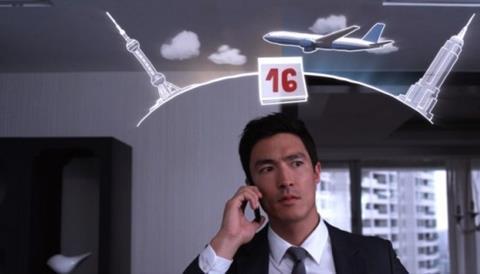 Cross cultural romcom Shanghai Calling delivers passably cute romance and lightweight comedy and also takes time - a bit too much of it for the film’s own good - to highlight the virtues of China in general and the city of Shanghai in particular. Clearly designed to appeal to both Asian and Western audiences this official US-China co-production is more likely to work for the former than the latter.

Daniel Hsia gives the film an attractive look and lively style, finds some humour in the clashing preconceptions of Westerners and Easterners.

Having recently opened the Los Angeles Asian Pacific Film Festival, the mostly English-language film is currently looking for a US distributor. China Film Group will release in China and prospects seem reasonably good in that country, Korea - where lead Daniel Henney is well known - and other Asian markets. The rest of the international marketplace will be a tougher sell.

Henney (whose Hollywood credits include X-Men Origins: Wolverine) plays Sam, a handsome and ambitious Asian-American attorney who reluctantly accepts a temporary job in Shanghai. Feeling, in spite of his ancestry, like a fish out of water, Sam takes on a tricky copyright case involving an American businessman and starts a romance with a well integrated American ex pat (played by Eliza Coupe, from What’s Your Number?). Subplots take in the love life of Sam’s new assistant (Chinese actress/model Zhu Zhu) and the business life of another American transplant (Twister’s Bill Paxton).

Making his debut as a feature writer-director, TV scribe Daniel Hsia gives the film an attractive look and lively style, finds some humour in the clashing preconceptions of Westerners and Easterners and punctuates the action with broader comedy moments.

But the film never quite sells its central romance and its apparent efforts to glamourise Shanghai and put the Chinese way of business in a positive light - the plot’s copyright villain isn’t who it first appears to be - often feel clumsy.