ACTOR: Fresh off the run of the Matthew Warchus-directed Future Conditional at London’s Old Vic — which also marked Warchus’s first season as the theatre’s artistic director — Brian Vernel is set to transfer across the road to the Young Vic in December when he’ll lead the cast of Barbarians. 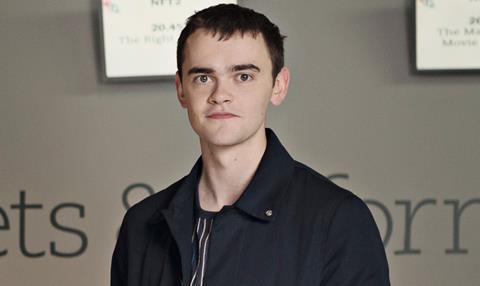 Directed by the up-and-coming Liz Stevenson, it was the winner of the JMK Award 2015. He’s also shortly to be seen in BBC Two’s eight-episode drama series The Last Kingdom, which saw Vernel shoot in Budapest for seven months.

“It was a bit different for me, I played a nobleman, a bit of a baddie — RP and all that,” says the Glaswegian with the broad accent, who studied at the Royal Conservatoire of Scotland (formerly the Royal Scottish Academy of Music and Drama) after a one-year general arts foundation course at Glasgow University.

Still just 24, Vernel first made an impression in TV’s The Casual Vacancy this year opposite Rory Kinnear. With a few interesting film projects in the offing, “I’m happy with the way things are going right now,” he says. “And wherever that takes me is fine by me.”