ACTOR: As a child, Nicholas Galitzine had his heart set on a professional rugby career. He was in the top-league Harlequins Academy when an injury led to him “falling a little bit out of love with rugby. It was tough because, when I lost that, I lost my escape from mundane school life. That’s why I turned to drama and music.” 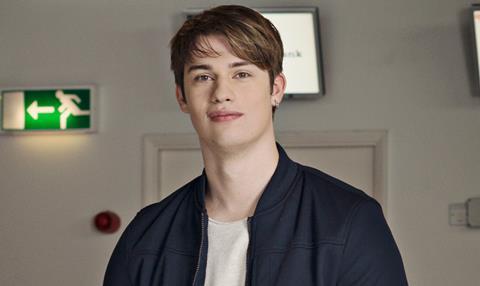 Now 20, Galitzine drew raves for his role in Berlinale indie The Beat Beneath My Feet this year.

Soon to come are the lead in High Strung, from the makers of Step Up, in which he plays a violinist, a small part in HBO series Legends, and an Irish film he’s particularly excited about called Handsome Devil. Set in an all-male boarding school, it co-stars Andrew Scott and is directed by John Butler.

Changing his accent poses no problems to Londoner Galitzine, whose mother is Greek-American and father is English. Accents are “my party piece”, he laughs. “I started in the arts very late,” he explains. “I hadn’t acted or done anything creative until two years ago, when I also took up music. The way I learn music is through listening and I’ve got a good ear in that respect. My whole life I’ve been able to mimic people, and it seemed a pretty good career prospect.”

Galitzine wants to work with up-and-coming directors: “You have to work hard at your craft if you want to be a success, and how that materialises remains to be seen, but I’m keen to work,” he says. “I’m in the zone and learning.  Acting is this beautiful career where you don’t ever stop learning and improving — just living life adds to your capabilities.”