EXCLUSIVE: The Latino film sales subsidiary of IM Global heads to Park City this week with worldwide rights to Don’t Swallow My Heart Alligator Girl! and I Dream In Another Language. 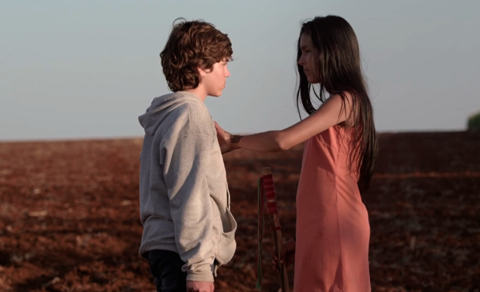 Don’t Swallow My Heart Alligator Girl! marks the solo directorial debut of Brazil’s Felipe Bragança and premieres in World Cinema Dramatic Competition on Sunday ahead of its European premiere in Berlin next month.

Cauã Reymond, Eduardo Macedo, Adeli Gonzales and Zahy Guajajara star in the story of a Brazilian boy who must fight for the love of a Paraguayan girl as war brews between rival gangs on opposite sides of the border.

Bragança previously co-directed A Alegria (The Joy) with Meliande, which screened in Cannes Directors Fortnight in 2010.

Fernando Álvarez Rebeil and Eligio Meléndez star in the story of a researcher in a remote Mexican village who attempts to reconcile the last two speakers of an indigenous language, love rivals who have not spoken to each other for 50 years.

Contreras’s first feature Blue Eyelids screened in Cannes Critics’ Week in 2007 and played in competition in Sundance the following January.

Mundial general manager Cristina Garza (pictured) struck the deals with Meliande and van der Kaaij for Don’t Swallow My Heart Alligator Girl! and Lozano on behalf of I Dream In Another Language.

The latter negotiation took place during the first instalment of MICA in Mexico last month.